Bangkok … in a holding pattern….

We’re on the road again for our next adventure… well not quite.

It’s been quite a while since my last broadcast and life’s been pretty full since last year. Max and I had the most wonderful time driving around Scotland including the Outer Hebrides and the Shetlands in March and April; I participated in many classes at Edinburgh Yarn Festival; then I returned home and had some skin cancer treatments, which included a skin graft using some of my forehead to make a new nostril. How cool is that, that surgeons can do that kind of stuff and the body heals so beautifully! I am so grateful. Healing is quite a miracle really hey?

So… now we are in Bangkok preparing for our planned adventure driving  in Penny our 1923 Vauxhall from Bangkok to London. . 22,000kms and 16 countries. 3 months.

We will have a guide for our 29 days in China, but other than that we are on our own and winging it along our proposed route.

We left Brisbane on 23rd August and on Monday 26th we went to the Freight Company to accompany the representatives to the port to collect Penny.

We walked along the yellow-painted bordered walkways to a large warehouse… and there was Penny. She was waiting for us!!! I started to skip over to her, but it was gestured to me that I had to follow the officials to sign the paperwork. So reluctantly we followed in single file to the Customs Office.

After three hours of being ushered around to different plastic chairs in dimly lit corridors, it became apparent that we were not going to see Penny again that day…. And not even for another 2 weeks.

I would be lying if I said that I didn’t have a few tears after being told that the paperwork had not been completed properly by the Freight company, and we had to submit new paperwork to satisfy the temporary import requirements for Thailand.

This was not in the plan. Now to wait two weeks in Bangkok, when we thought we would be on our way.

We managed to be connected with a Touring Travel Company Transasia Route, who facilitated the submission of the corrected paperwork. On the wall in their office was a large map with coloured pins and pen lines tracking across the map.

The lines without pins in them were ‘dream lines’.. of places the senior manager dreamt of going. Our discussions in broken English meandered to Australia, and  we soon realised that the manager who is an intrepid traveller and ourselves, were in the same outback town – on the same day in 2010; when we were both about to cross the Simpson Desert.!!! How incredible was that!!!

Feeling confidant that our paperwork would now be competed correctly we had to decide whether to return home or have a mini-holiday in Bangkok. We decided to stay here and although in a holding pattern, we decided to make the most of it.

We’ve travelled the river and walked the streets. The river is as busy as navigating the foot-paths. I’ve found myself for hours watching the barges, ferries and boats fill the waterway with traversing colours and plumes of spray and muddy turbulence. The rumbling sound of straining tugs hauling barges filled with sand against the raving tide rattles through the hot dense air. I love watching how this city heavily relies on this waterway which is much cleaner than I remember on a visit 25 years ago with our children. The yellow ‘rubbish-scooper’ boats raft in pairs, sweeping the surface of the river and collecting the tons of plastic and waste which ends up in the river. The conscious effort to maintain the waterway is evident.

We’ve visited markets with the most beautiful fresh fruits and vegetables; gleaming seafood and aromatic spices. The heat is dense and moist, but the air is clear; washed clean by the frequent summer rains.

The sound of the Koel in the morning and evening reminds me of home as the days lengthen and summer approaches. Interesting how familiar sounds are comforting.

The continuum of safety standards is fairly stretched; extending at one end of the spectrum from laminated glass barricades and automatic doors lining the platform at the train stations… to painters scrambling on bamboo scaffolding with the paint bucket being the only thing being tied on! I smiled to myself as I saw the deck-hand leaping across the gap from a moving boat toward a broken-tyre edged pier, rope in hand – whilst blowing his whistle in blasts in code to indicate to the Captain his positioning.

I’ve attended an herb appreciation class, meditation class and Tai Chi class. I’ve slept in and eaten way too much ice-cream from a fabulous ice-cream bar up the street.

I’m ready to get on the road now.  After being in a holding pattern for nearly two weeks we should be on the road on Monday the 9th of September. We were informed today that Penny may be released form the compound and delivered here to the hotel tomorrow, with the promise that we not drive her until the 9th when our Permit allows.

So fingers crossed we will visit the port tomorrow and watch Penny loaded on to a truck and follow her here to the hotel. We will then pack her over the week-end and commence the driving part of our journey.

I’m really looking forward to making new friendships and enriching existing ones; enjoying have fun with Max and learning about myself and the world in which we live.

I hope you enjoy following us on this wonderful crazy adventure of ours. 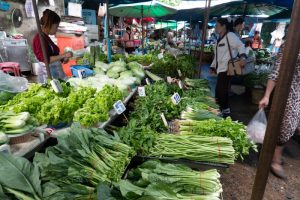 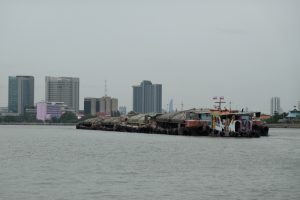 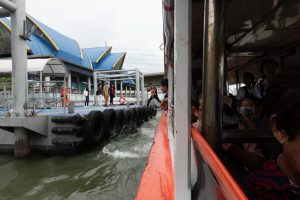 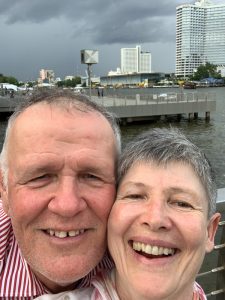 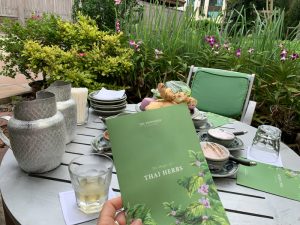 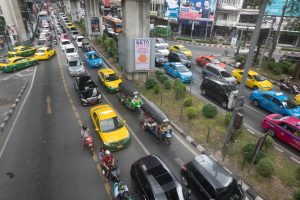 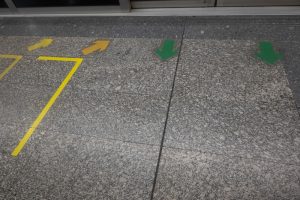 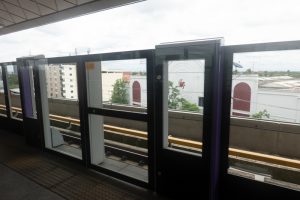 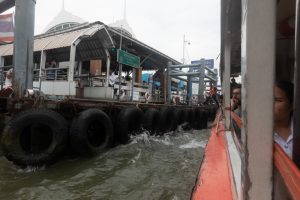 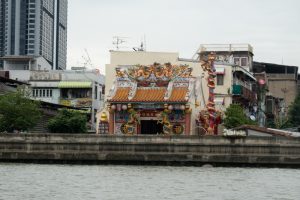 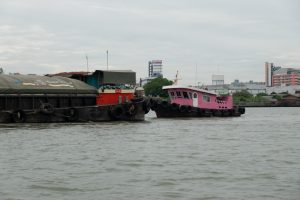 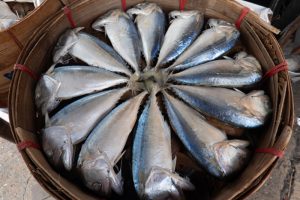 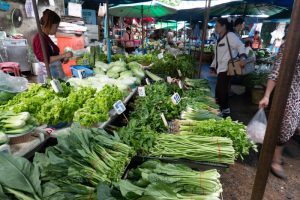 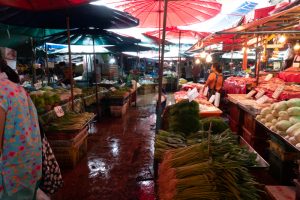 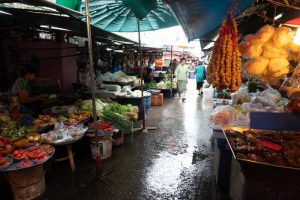 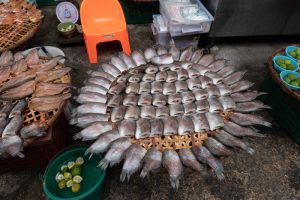 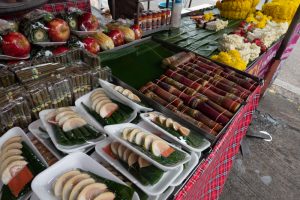 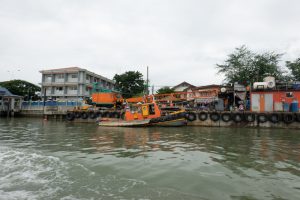 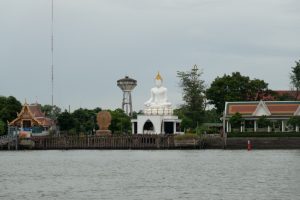 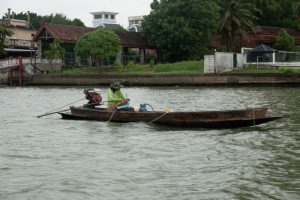 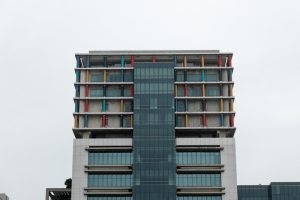 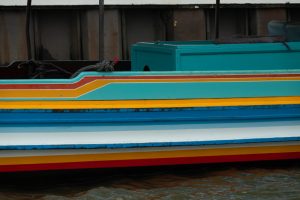 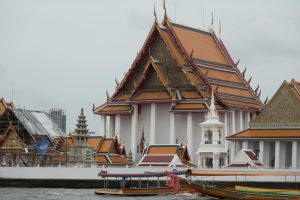 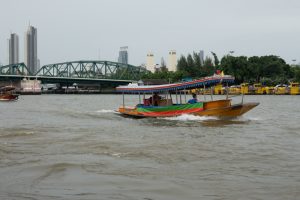 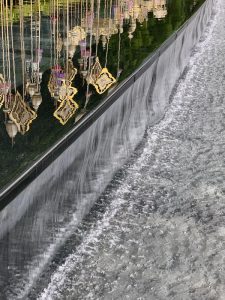 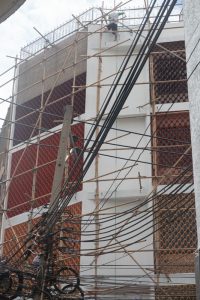