Kyrgyzstan ..fabulous camping… Penny broke and our journey to London is over 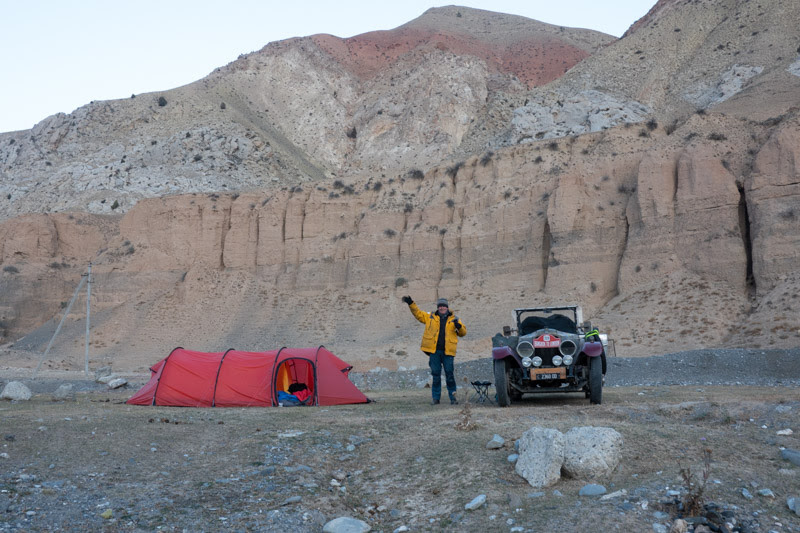 We had a wonderful morning with Evgeniy who brought our reserve tyres from Almati to his home town of Osh in Kyrgyzstan for us, subsequent to having to readjust our schedule after our delay in Bangkok. Adrian from ROARR originally organised for our tyres to be transported to Almati for us as we knew that we needed spares along the way. Evgeniy is the most generous man and we’ve had the best time with him here in Osh. Penny also had an oil change and was set to go on our next adventure.

We headed back south toward the Kyrgyzstan border into Tajikistan where for me was going to be the highlight of the trip, to drive the Wakhan Corridor.  I felt a sense of freedom after leaving China and the cold air and Max and I were both really excited. I started singing crazy songs into the blue sky.

We had a couple of options for the night – Homestay or camping. We had our camping gear with us and it was only going to be about -6 or so at night… so I was secretly scouring for a campsite that was close to our proposed destination for the night. 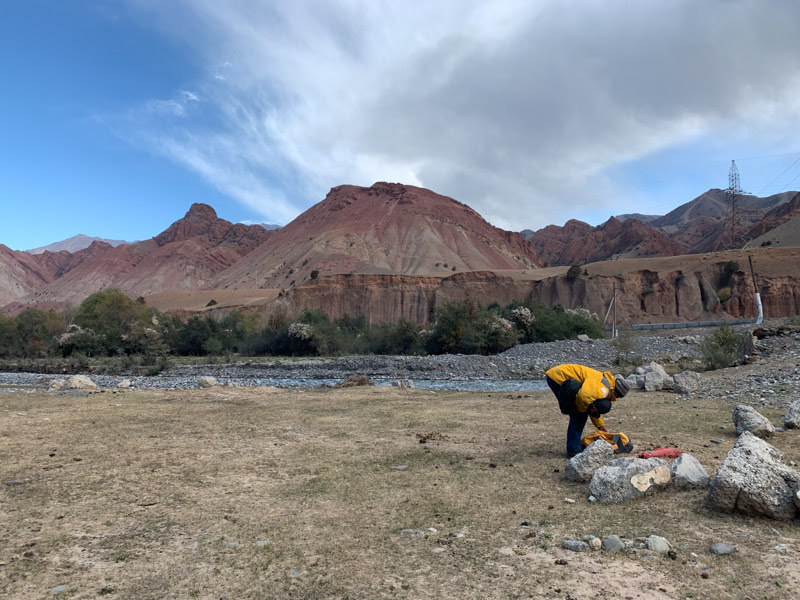 Max was a little hesitant to camp. I think the thought of setting a tent in the cold at 3,000mts in altitude was a little daunting… but the sun was ‘warm-ish’ and it wasn’t too late when I spied a fabulous spot beside a small stream nestled in the most beautiful mountains… and I managed to convince Max that it would be fun.

We did a little wander around the site and decided on the first spot we looked at; and in no time the tent was up and the kettle on for a cuppa. We heated up some porridge for dinner, (I had already cooked it in our rice cooker the night prior in the hotel room… hehe)… and we were set for an early night. Yep… asleep at 7pm. We giggled together in the dark. 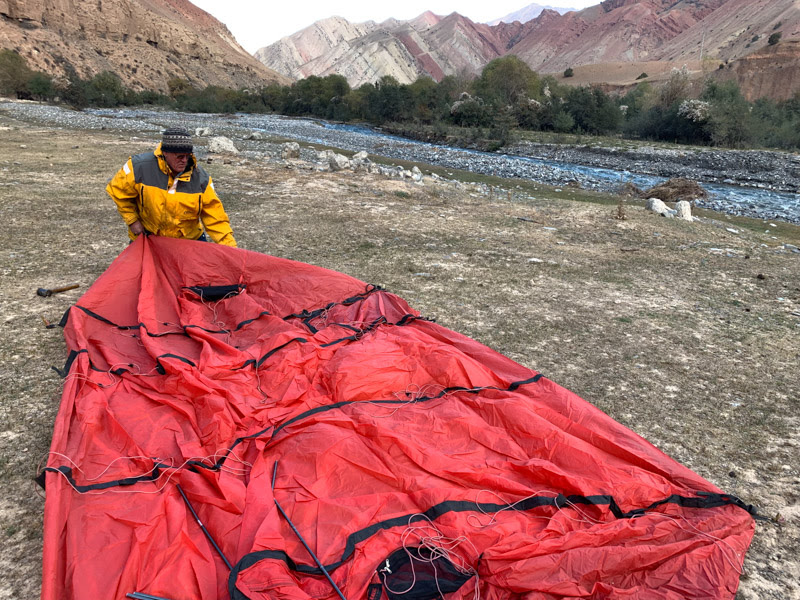 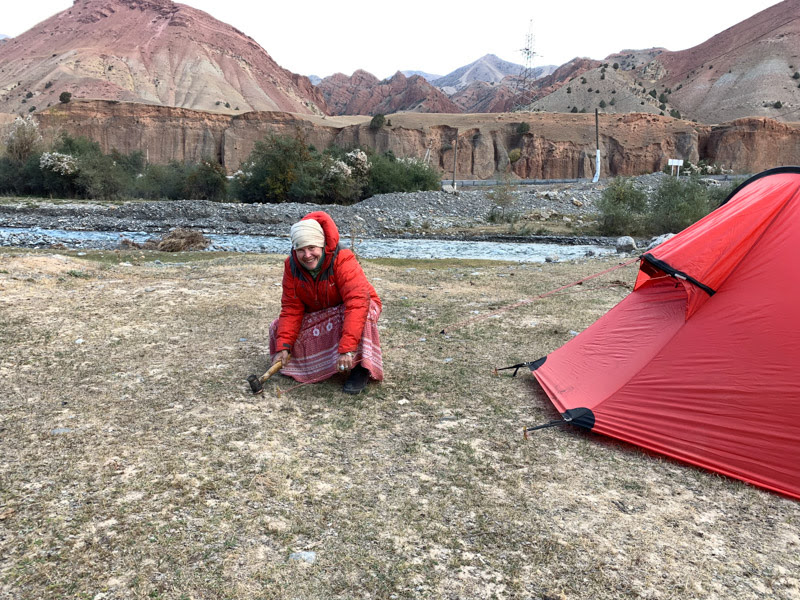 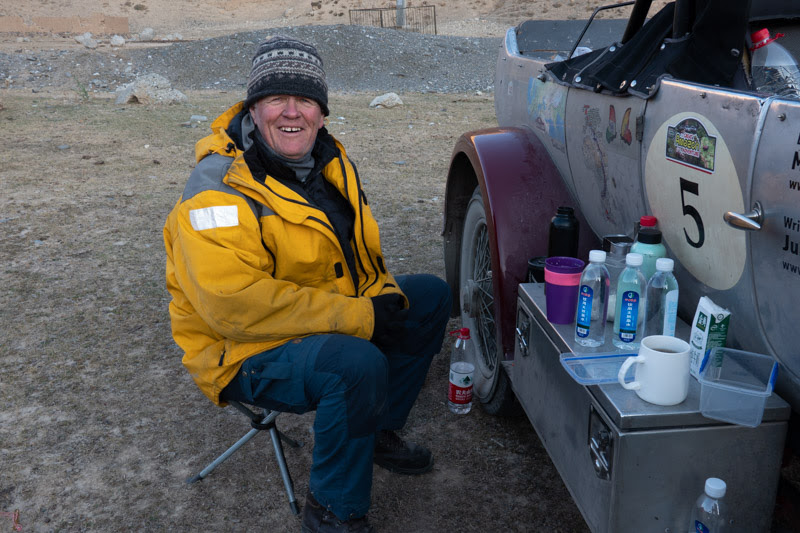 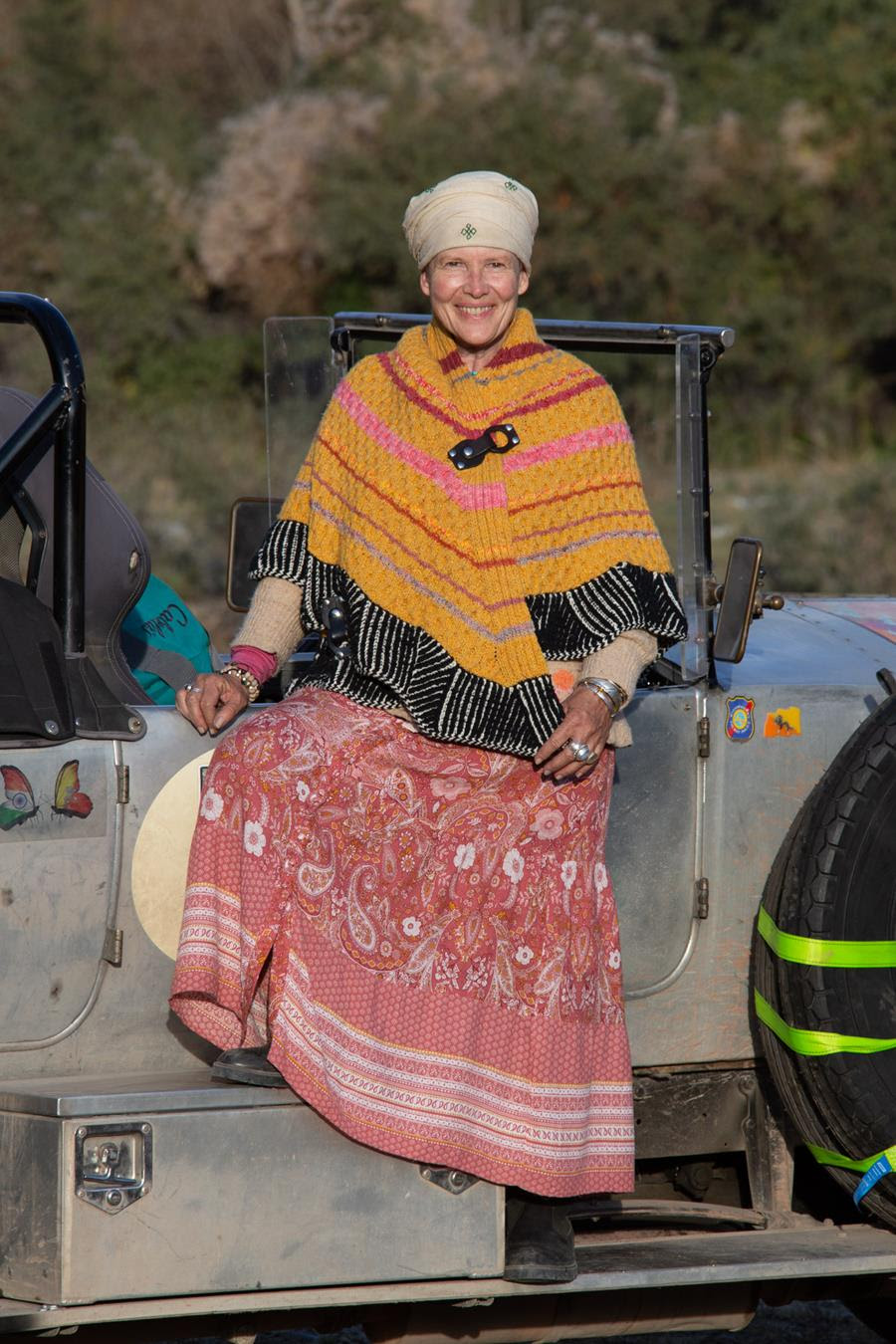 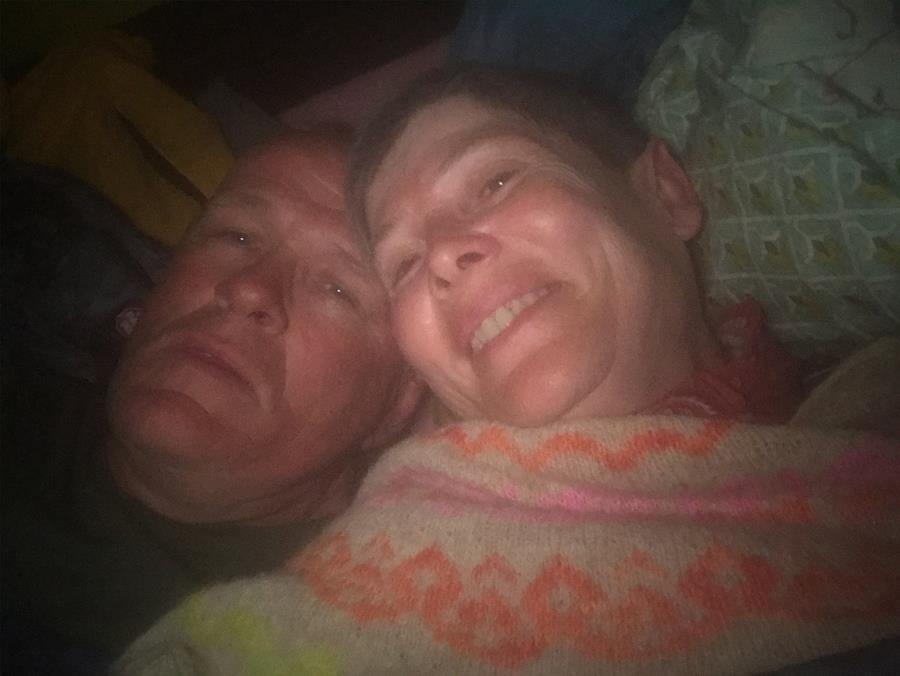 We were snug in Max’s hard-core brilliant wind-proof tent… down sleeping bags and my hand knits… and we woke with the water bottles frozen outside and frost all over Penny.

We were very casual about getting ourselves organised and I think both relishing in not having a dedicated start time for the day and a bit more freedom to please ourselves what we could do. 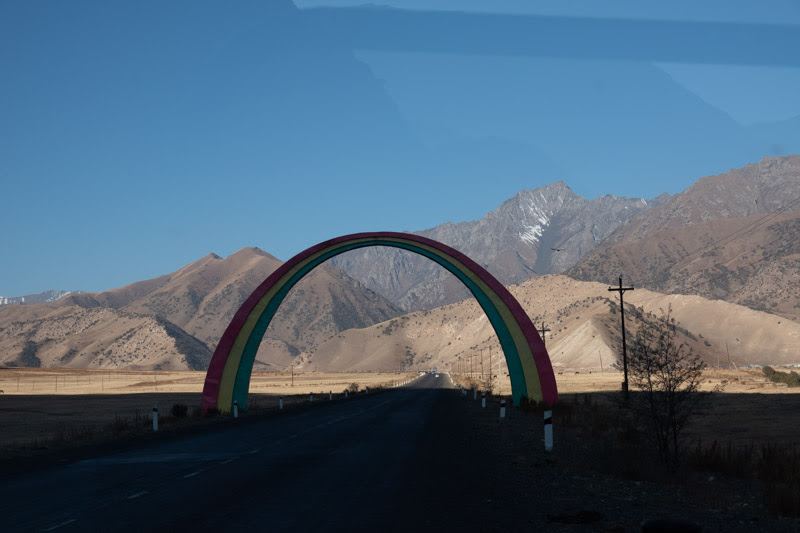 It was about a 9am leave to more of my songs into the blue sky. We went through the rainbow over the road that we passed through the day before… but our mood changed not long past there about 22kms south of our campsite; when we felt and heard the most gut-wrenching rattle coming from Penny’s motor.

I felt sick. I said to Max as I undid my seatbelt that I was too scared to look under the bonnet. His reply. “Honey, it sounded terminal”.

We had a look and there was smoke everywhere. Initially I thought a gasket had gone and it was all just the oil burning off… but when Max started Penny to investigate what the issue was, smoke poured out of the breather. Our hearts sank. We both looked at each other in shock.

We couldn’t really get our heads around the consequences of the sudden crunching sound and smoke… but we decided to just take things one step at a time. 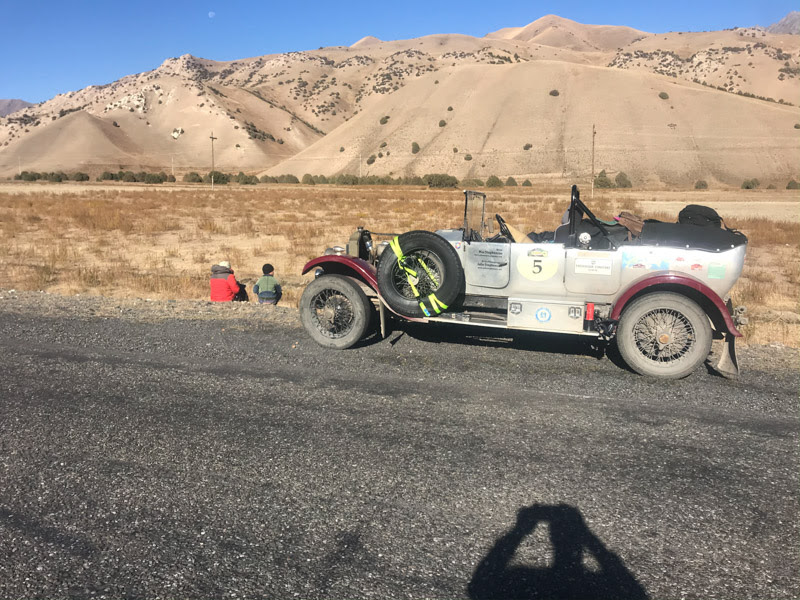 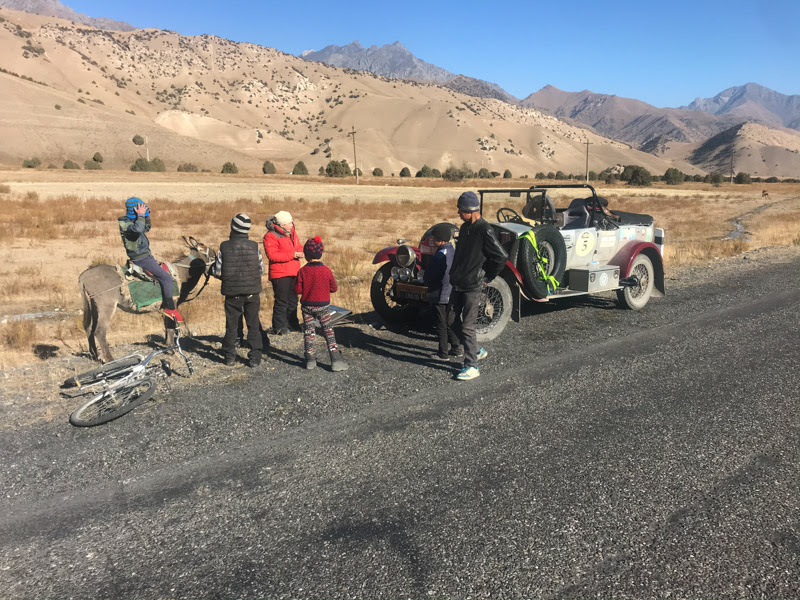 We had mobile range and called Evgeniy whom we had met the day before. He was absolutely so generous and amazing at organising a flat bed truck to carry Penny back to his workshop.

In the four hours waiting on the road the children from the local village came to investigate on their bikes and donkeys. I started knitting to fill in the time and within a minute one of the little children; about 7 years old, gestured for me to teach him. I spent the next four hours teaching every child to knit. No words in common… just showing them and they copying. Much laughter and joy was felt between us all.

Very quickly each child could knit by themselves, and I just sat beside them and so enjoyed watching them engrossed in their endeavour to knit. Every now and then they would nudge me because they had a little issue… but they all wanted to learn and the only time they would give up their needles was because of the impatience of the next one to have their turn. 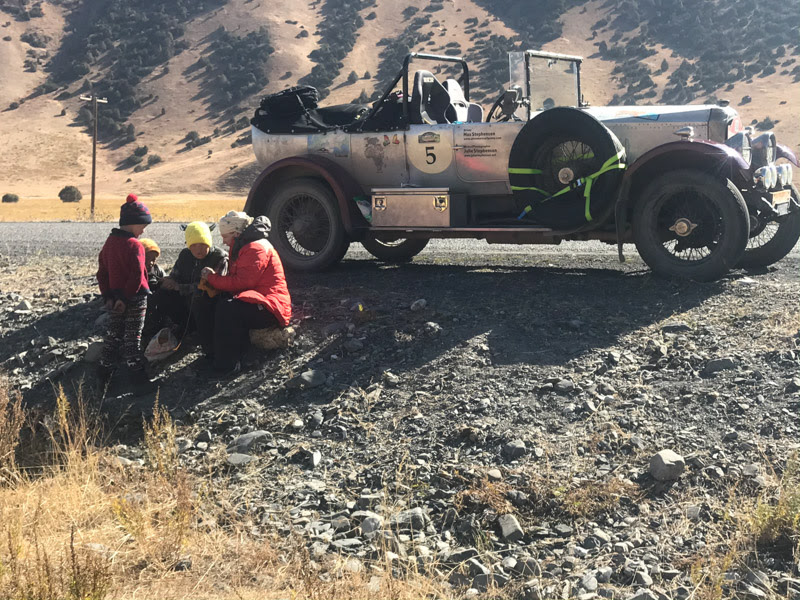 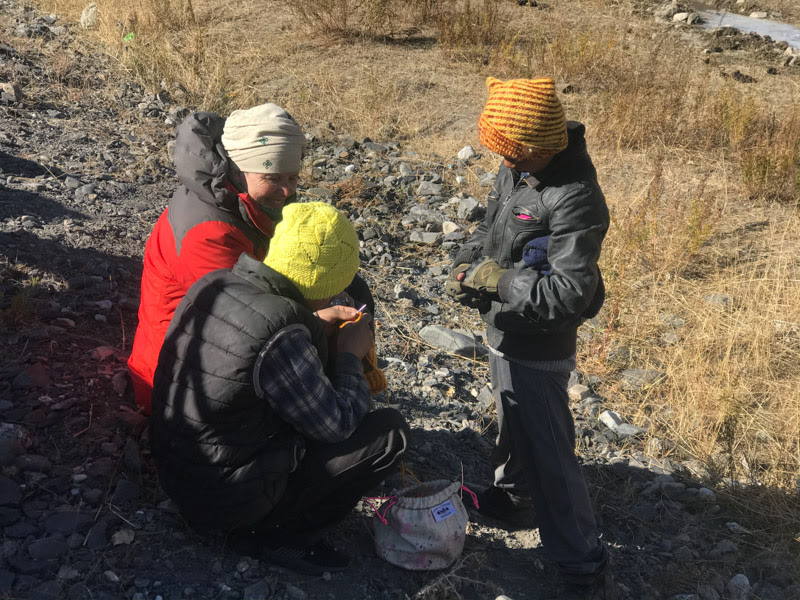 The kindness and generosity of these children was heart-warming. The elder ones looked out for the little ones. When I offered the opened bag of walnuts-in-the-shell each child only took one… until I indicated they could take two. Each time they would firstly take only one until I indicated it was ok to take two. We cut up apples and the elder children shared with the younger children in case they missed out.

One of the boys had a really old mobile phone that didn’t work, but had music on it. He played a tasting plate of songs to the introduction of “Ruski”… or “Kyrgys”… and we danced together in the sloping rocky dust on the side of the road. I copied the boys movements, but for one song I was playfully reprimanded and the little girl who was about 6 years old demonstrated how the girls are supposed to dance for that particular song. Such joy was felt by all of us.

I was brought to hidden tears when one little boy about 8 years old rode home and brought back two pieces of paper – a wiring diagram and description from his fathers buggy, written in Russian; hoping that it would help fix our issues.

All my knitted hats I’ve knitted on our journey; designs by my favourite designer – @westnknits, Stephen West; now have little heads in them; and for me I think this day although so incredibly disheartening realising that our journey had ended; was I think one of the best for me… sitting on the edge of the road with the children knitting and watching them scamper around the loud air-horns of the semi-trailers laden with coal roaring past; and watching two little boys helping push Penny being winched on to the flat bed rescue truck. 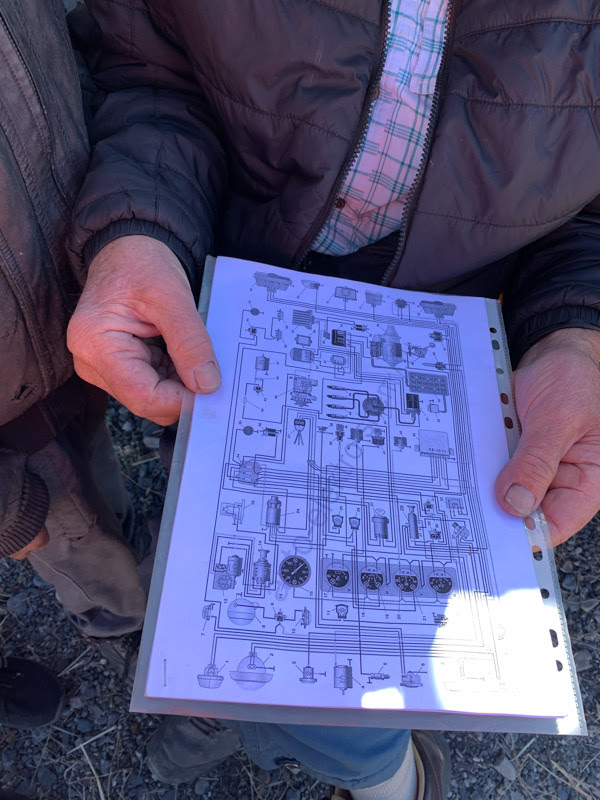 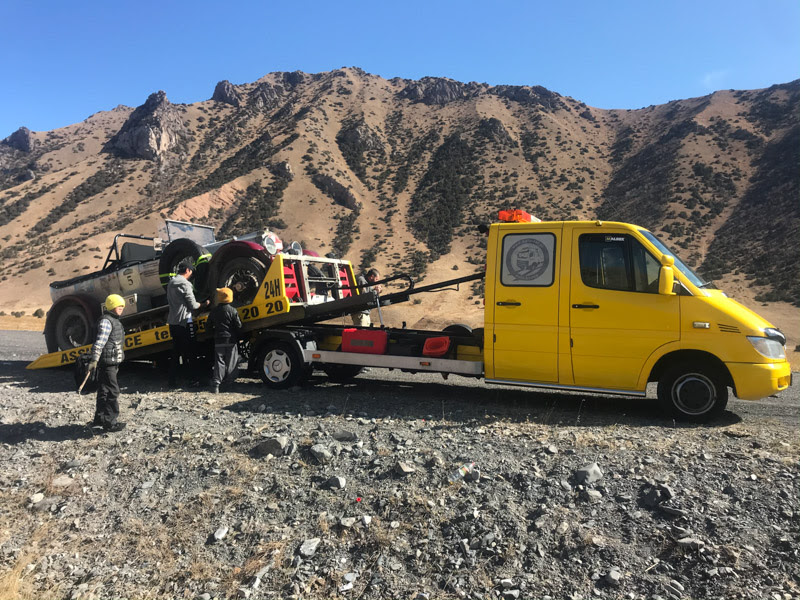 Back at the workshop the next morning Max investigated further and a compression test revealed that Piston 4 had major issues. Rings gone. Piston useless. No compression at all…and bore scratching. I think then it really hit both of us that it was the end of this trip.

The only other option was to spend a couple of days to get the motor sorted and then to only run on 3 pistons; but we decided that would be foolhardy considering the remote route we were about to embark upon. It was time to call it quits.

We were so grateful that Penny had issues where she did, because in another 50-100kms it would have been a nightmare in No-Mans-Land between Kyrgystan and Tajikistan to get assistance.

It’s been an absolutely incredible journey together so far, but it’s time to go home in a couple of days and plan getting Penny repaired and schedule when we can complete this journey some time over the coming years. 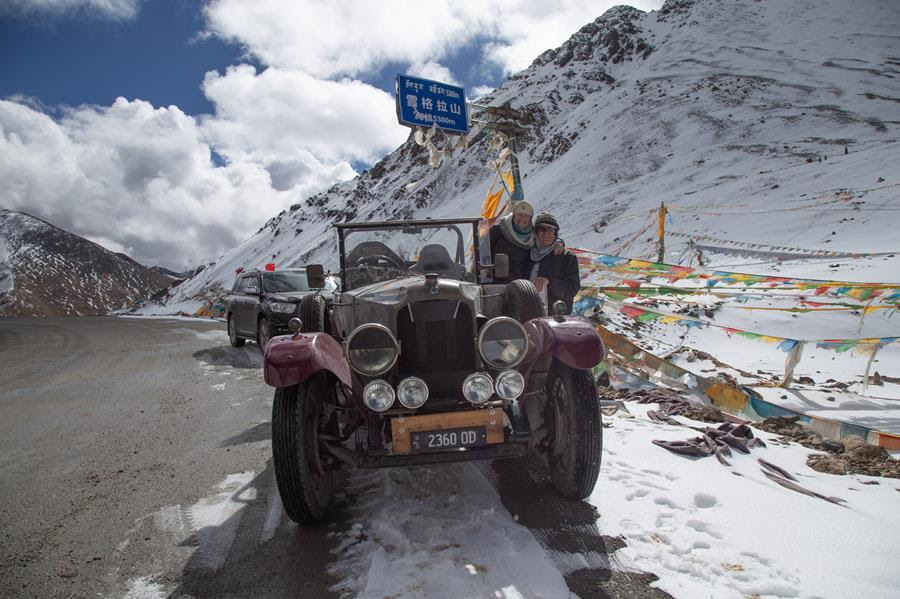 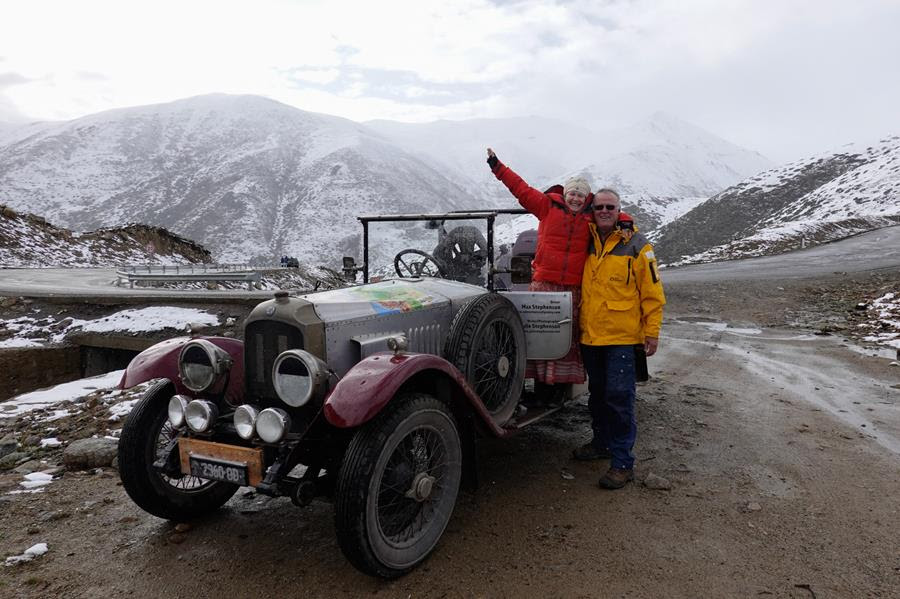 Things change all the time… so onwards from here… and who knows what will unfold.

Thank you to everyone who has replied and followed our crazy journey so far. Hope you’ve enjoyed my stories and photos. It’s been such a memorable and honestly life-changing journey for me. 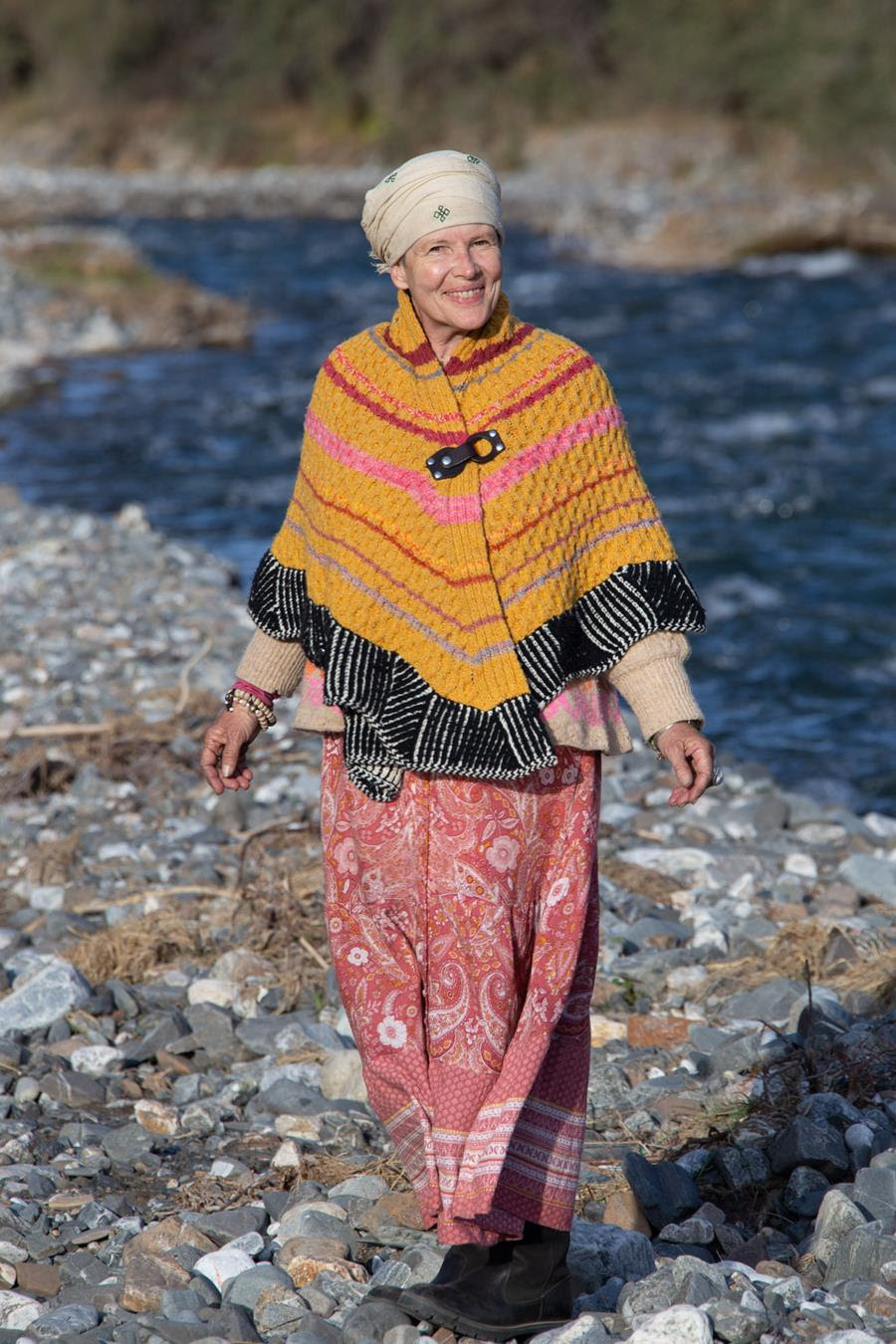