Close to the border there were lots of Indian road worker camps, and as we climbed in elevation workers were either making asphalt; clearing landslips; shoveling gravel and dirt; pasting hand made concrete on vertical surface; or cracking rocks into gravel by hand. Yep… making gravel for the roads by hand. Banging one rock on to another rock. One by one. I couldn’t believe what I was seeing.

As we climbed and wound our way around the steep mountainside, the little roadside stalls with sweet mandarins and the best lady-finger bananas became more scarce. Cows ambled across the potholed surface. People waved as we drove through their small towns. Small terraced farms growing vegetables laced the hillsides. Bright red chillies were being dried on rooftops.

Prayer flags dusted the hillsides; softly flapping and flowing in the wind. Prayers for the living in coloured flags… prayers for the dead on white soft fabric. It honestly felt like I was in another world. One of gentleness. One of calmness. One of prayer and connecting with the ‘unseen’ as a way of living.

I walked across a wire bridge originally made in 400AD and refurbished in 1972. It was a bit daunting at first walking along fence wire above a raging river; lines of prayer flags flanking my tentative steps… but after about one third of the way across I really enjoyed the exhilaration … until I noticed two large holes and thought I better not be too complacent! That was fun.

Landslides are common in this area and there are often signs that say “Shooting stones”. Translation of words often makes me laugh. There was one landslide area where the male workers were concreting a wall, and the females were shoveling gravel. Two women were having a break and as I walked up to them to say hello I saw in front of one of them a small red and yellow handiwork. I gestured if I could have a look… and she showed me. I saw a silver metal small guage crochet hook and I once again through gesture asked if I could have a go. I completed 3 chain stitches and 2 trebles. The woman smiled wholeheartedly and there we were…. two women from entirely different worlds – sharing crocheting together. Priceless.

We happily enjoyed the towns and landscape oblivious to what was to happen later.

Until then though the King of Bhutan was celebrating his birthday.. well that’s not entirely correct because the WHOLE country is celebrating the King’s birthday and there is 3 days of public holiday festivities. Picnics, parties and music, filled the hills as we drove and stopped intermittently on our journey to this amazing motel tucked up a goat track which we didn’t get up. As we turned the corner to go up the hill we seemed to lose power.

We joined the ‘tow of shame’ list as we were towed 1km up a rocky and winding goat track to a retreat; where so many people pitched in to help get Penny’s ISSUES sorted.

We started to examine the Diff and a few assumptions were made – which I didn’t consider as feasible unless we actually looked – so my suggestion was to pull everything apart. Alister or Charlie asked how long it would take; and Max and I said simultaneously said “About 3 hours” , which was about right.

We positioned the car in the dark to a more flat working area on the large flagstone car park and started early this-morning. Well wishes were given to us at breakfast and to those who helped – my sincere gratitude.

We were offered extra tools; torches; floodlights; tea; rice and dhal; chicken and fruit; advice; a ride to accompany another in a hire car; and support and the offer of ‘anything you need-please let us know”. It was wonderful to receive such generosity and care.

We didn’t know whether Penny’s issues were fixable… but when we split the diff open we could see she was. Hooray….so we proceeded tirelessly to fix her.

Alister was wonderful, and accompanied Max and I with comradery; knowledge and playful banter. We worked all day with only a 20 minute break for lunch and at 4pm Max and Alister celebrated resolving Penny’s issues by driving down the goat track and back…. And she is back to her bold and fearless glory! 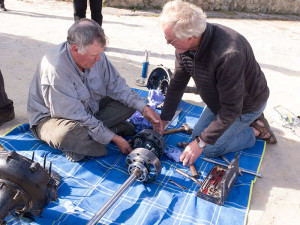 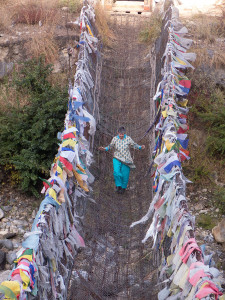 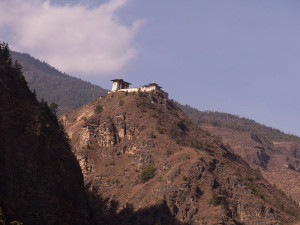 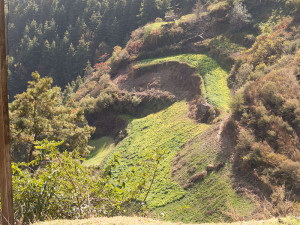 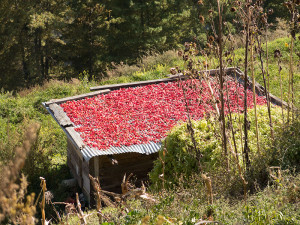 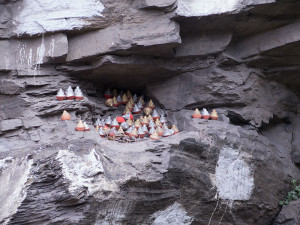 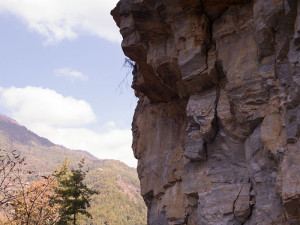 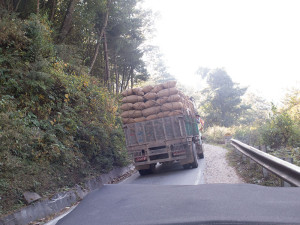 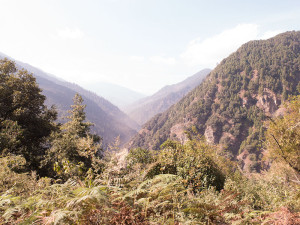 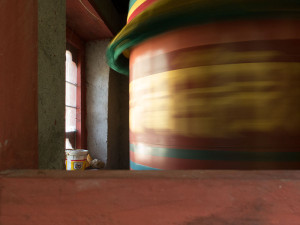 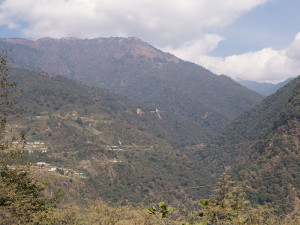 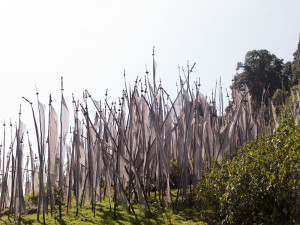 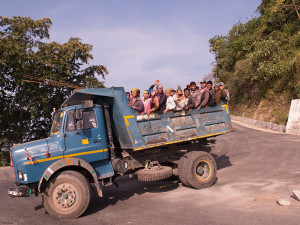 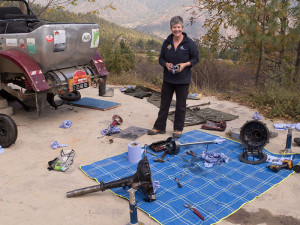 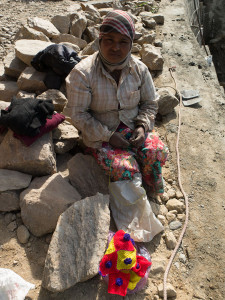 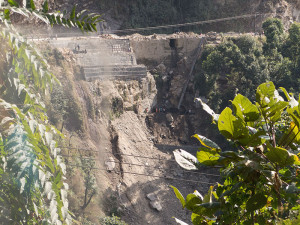 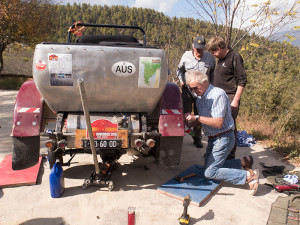