In search of Queso …. and the stillness of the mountains…

Our journey has begun in search of Queso…cheese…glorious cheese. Once again.

We left the port of Santander and headed west passing through coastal areas of small fishing villages and rather empty tourist towns. Our kettle boiled alongside the comforting sound of bells which hung around the necks of grazing cows on the lush green pasture, separated by high rocky cliffs above the calm Bay of Biscay. In the distance we could see snow on the mountains to the South west… and Penny was on her way !!!

Fabrica de Quesos!! A cheese factory… Stop!! I quickly gathered some Euros and excitedly ran across the road to an elderly cheesemaker who was intrigued by our old car outside his shop. After much laughter, I broke some off for both Max and I and I waved and called out to the cheesemakers….Muy Bien….who waved and laughed in reply. Did I mention I also purchased some locally made chocolate from this little Quesos shop…… 70% cocoa…. Yum… well I just did.

Before heading for the mountains I noticed a pescadería… so I launched myself out of the car and used my rudimentary Spanish once again….and came away with some beautiful fish to pop in our tiny little fridge.. for tonight’s dinner…which I did cook by a beautiful lake as both the sun and the cool air were falling.

Then we headed for the hills… limestone rugged mountains actually and they were absolutely stunning. The air was crisp and clean and the sky still. The roads were narrow and around very sharp corner peeked sharp strong and imposing grey mountains – calling Penny to keep chugging consistently up the 1200mts to Fuente De Cable; where a cable car took us a further 700mts higher where at 1900mts we sat and were both in awe of the magnificent landscape.

Bells tinkled as the shepherds who made phone calls using their mobile phones and wore Scarpa footwear and North face jackets were moving their herd of goats down the valley as the temperature also dropped. Perhaps one day I may try some of the queso made from the milk from these goats? Eagles soared on the thermals of heat rising in the still quiet air. I felt such a sense of wonder and privilege being able to walk and sit quietly in this beautiful place. I breathed the stillness.

We drove down to Riaño for the evening. Riaño was a town which was moved higher above the valley when it was flooded to make way for a huge dam. Max and I couldn’t imagine how whole communities who had been living for generations farming the land would adapt to this move. This week of the year they would have been digging their potatoes as their neighbours in accompanying valleys would be doing, but the uniformly built homes are quiet and no smoke coming from their flues….no gardens… just an emptiness.

Max and I sat by this huge expanse of water as I cooked our fish…and pondered the lives of those who had been displaced by progress. We also reflected on what an amazing day we had driving from the ocean with the clear blue sky accompanying us in Penny to high into the magnificent mountains.

Tucked up in a little Hostal…we enjoyed a lovely shower, ready for an unknown journey tomorrow. 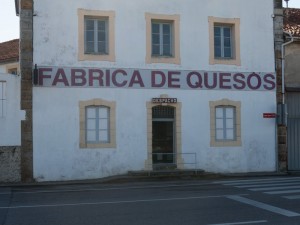 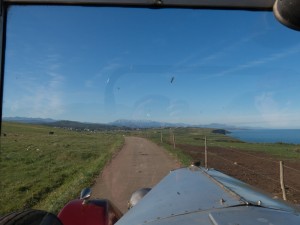 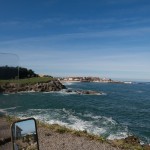 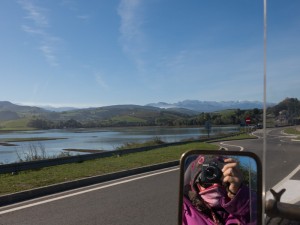 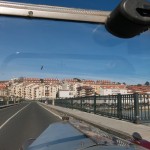 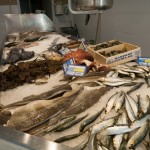 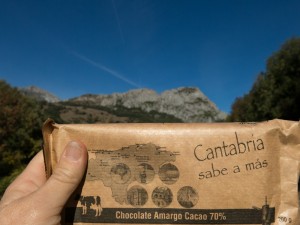 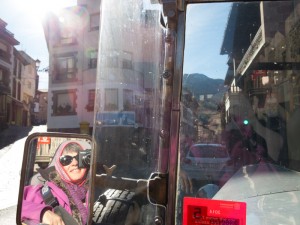 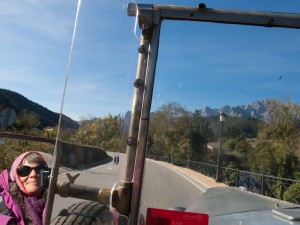 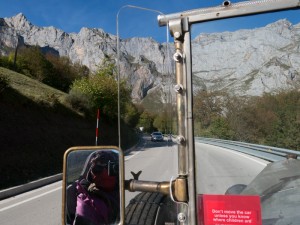 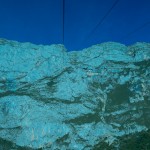 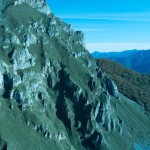 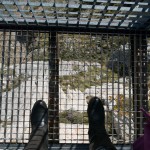 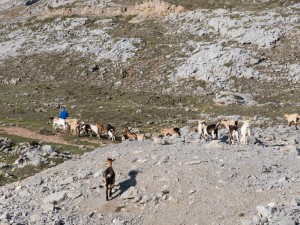 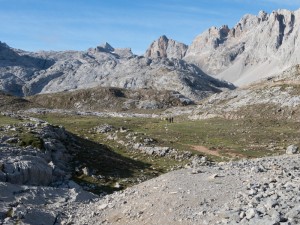 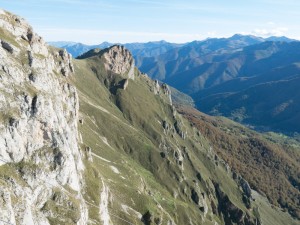 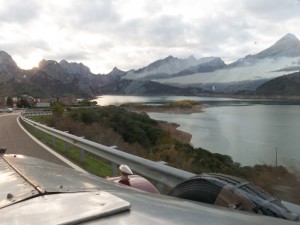