The small fire in our fireplace in a quaint hotel in Darjeeling went out about midnight and when our alarm went off at 5.10am I was happily snuggled into slumberland under a fluffy doona in white linen. We had 10 minutes to get dressed and meet in the dark ready for our morning walk to greet the sunrise and hope to see glimpses of Kangchenjunga to the north.

It was hazy; children were exercising on the round metal equipment; some were jogging… some in our group were puffing due to the altitude; and we all looked to the beautiful golden sunrise to the sounds of Auuuuuuuum…., dogs barking, birds singing; and to the north a feint outline of the shoulders of Kangchenjunga.

The afternoon prior I went to the town centre of Darjeeling and really enjoyed the music of a local festival. There were not only traditional dancers and music; but also quite contemporary music, and dancing seemed to be the same as I am accustomed to in Australia with the exception that the girls have a more creative flair with their hand and hip gestures.

Darjeeling was interesting….not quite the picture on the tea box with plantations right up to the town… but quite a lovely town none-the-less. There was the most fabulous photo shp which had balck and white images in the display window. That was amazing… and one with a line up of cars not dissimilar to the line up of our Vintage and Classic cars in the car park at the commencement of the rally.

As we left Darjeeling the green and grey water-pipes – the lifeblood of the town, hung on the sides and traversed up over the road like veins and arteries. I wonder what happens when they freeze in the winter snow?

The drive toward Chalsa looked like it was to be our last. Over about 10kms every time we went around a corner there was this grab and loud ‘clunk’ sound….and for those who drive vintage cars; a ‘clunk’ is something to be VERY concerned about. The road was extremely windey, and some of them we had to actually creep around; and for one we had to back up and try again.

We started to take this hairpin bend to the right and there was an almighty ‘clunk’. We pulled over and Max thought it was the diff. We were standing in the forest with the birds singing; and Max said “Looks like it could be terminal”. We were both thinking that our journey had ended before reaching Bhutan.

Max decided to drive Penny another couple of corners to test.. and she was fine. I suggested that it could have been the hot brakes grabbing. Max then with thought agreed… and with confidence off we went.

More prayer flags draped the hills as we dropped from 7,000 feet along dusty rough road; over amazing bridges, back down to the plains of West Bengal.

Roadworks continued even on Sunday… where work continues it seems when people are willing to. Hot stones were being pressed into tar once again and piles of gravel impeded the flow of traffic constantly.

Precious water ran from the mountainsides with gouged rough sections in the road; and in these small gullies was a meeting place for water trucks; women with jars and bottles; and for some to do their washing. These streams led to larger rivers; which are now fairly dry since the passing of the monsoon season; where there were trucks speckled with people like ants relaying large round rocks into them. I’m not sure what the large round stones are used for, but I heard at the back of the motel where our cars were parked – the crunching, clunking, deep cracking sound of them landing in a pile from one of those trucks previously in the riverbed.

I’ve been having fun and immersing myself in India. You know the saying –‘When in Rome’ ..well I AM in India and I have purchased a few cotton Salwar suits…..AND a Saree (Sari). I thought – WHY NOT…. And I found a beautiful piece of silk and a scarf in a little shop in Siliguri.. and it was delivered last night. It was wonderful. It is a bit hard to believe I am here in India wearing a Saree.

Tomorrow we are off to Bhutan… so stay tuned. 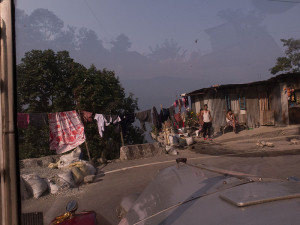 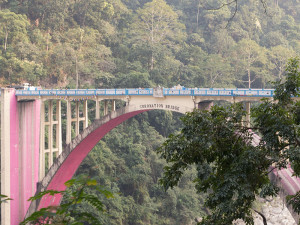 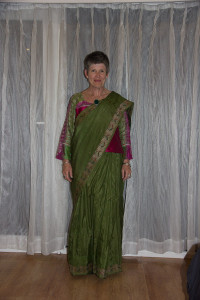 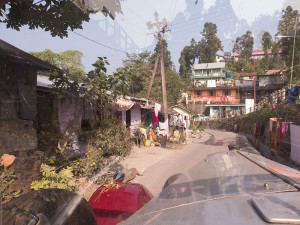 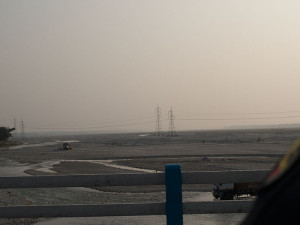 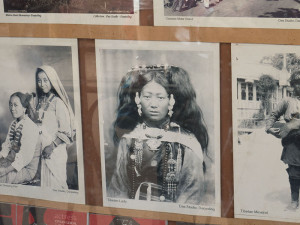 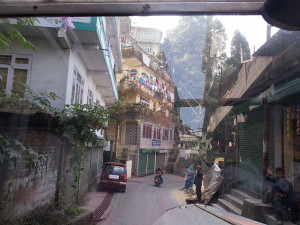 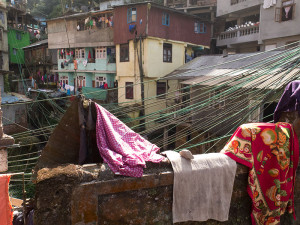 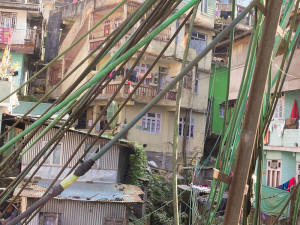 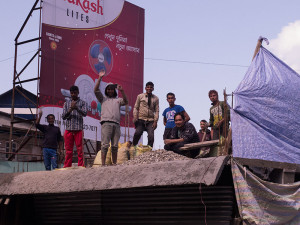 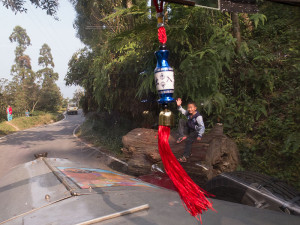