Playing on the edge….

Sunday was a day where it seemed that boys (mainly) – played on the edge. We drove along the Route des Crêtes …a road in the Vosges Mountains in Eastern France

Adrenaline filled the air.. as they all the (mostly) boys just wanted to go FAST!.. or push the boundaries of what they could personally achieve. Many played the edge of the precarious line between being powerful and invincible; and being killed.

The sky was still and the grey bitumen road was soon to be covered with brightly coloured clothing becoming wetter under the exertion of being pedalled up these incredibly high mountains.

Legs of all shapes – some sinewy and slim; some strong and sturdy; some shaven some white; some tanned…. regardless of their shape – all pressed relentlessly on the pedals to complete the 10km ride to the top of the mountain and the 10km ride down the other side. Many of the riders weren’t even wearing helmets!!! 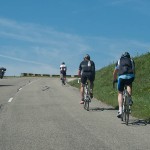 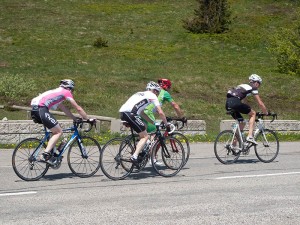 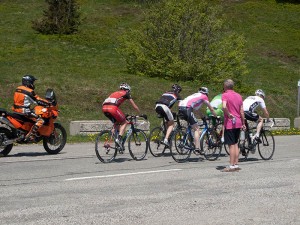 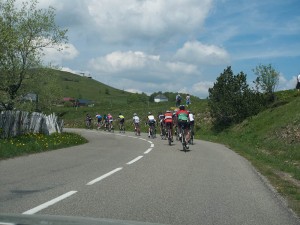 The road was open to general traffic.. and because it was a Saturday morning.. and what better thing to do on a stunning Saturday morning if you have a motor bike – other than go for a ride with a group of your mates in the mountains. OMG!! And when I say ride.. I mean RACE! 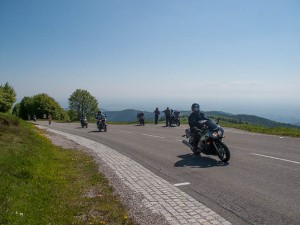 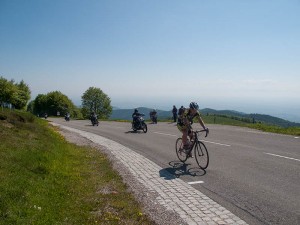 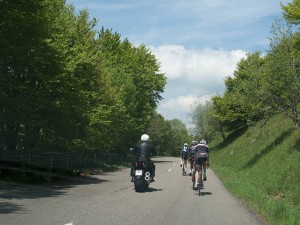 So there was this bicycle race going up the mountain.. with general cars and traffic… AND hundreds of motor bikes.. AND did I mention open topped sports cars!!! Lotus 7’s; Porche’s, Mercede’s, Alfa Romeo’s … also going FAST. It was INSANE!!! I didn’t manage to get any photos of the Sports Cars because they were going so fast passing us I just watched them ..and the edge…not believing what I saw.

It’s a pity I couldn’t get action shots to portray their speed.. nor have any sound so you could hear the loud purr of the engines as they sweeped round the bends.

Then on the same mountain we came across a mountain bike track which utilised the Chairlift of a ski run for mountain bikes in the summer. These were a younger group of fearless males (mostly) and once again pushing their own boundaries of going FAST. 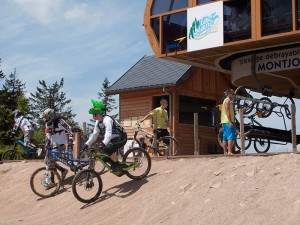 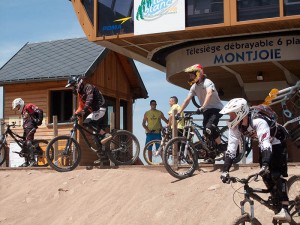 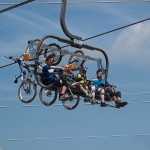 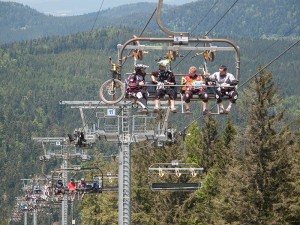 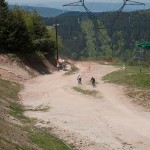 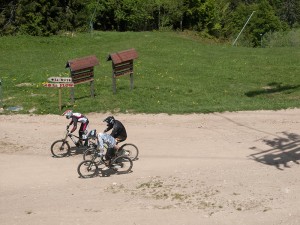 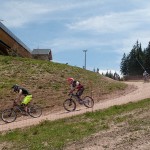 Then when the boys had finished playing ..they set up a BBQ for their sausages in the car park, proud of their achievements and being unscathed! 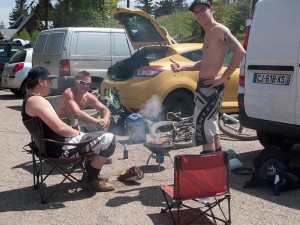 Adrenaline certainly filled the air on the mountain today!!