Pollution in the Arctic…

Incredible pollution in the Arctic…

The USSR collapsed in the early 1990’s. Weather and polar stations and bases were closed. People just left. I don’t know how they left. Probably a ship arrived ..and they were instructed to just get aboard. I suspect from what I saw on МАЛЫЙ ТАЙМЫР that all they boarded the ‘rescue’ ship with – was carried in a single bag.

What remains though on many of these islands has now been described by Putin as a “dump; and the “level of pollution 6 times higher than critical standards.“

In March this year, President Putin visited Franz Josef Land to monitor the ‘clean-up’ he first instigated in 2010; of thousands of tonnes of waste and hazardous material.

We were informed by one of our guides that because Franz Josef Land was more visible from international scrutiny due to closer proximity to ‘civilisation’; that the Arctic clean-up efforts would be focussed primarily there, and it was unlikely that many of the other islands would have substantial rubbish removal due to extreme isolation and the high costs of removal.

One ship visit a year isn’t likely to be loaded up with drums to take back to a random place in Russia to be dumped somewhere on the land there.

Rangers on Wrangel Island however spend a great deal of time and resources trying to clean up their patch of the ‘Arctic dump’.

It would be easy for me to be shocked and say ‘How could they leave all this?’… but after having driven right across the breadth of Russia – witnessing poverty; women wearing darned and patched woollen smocks and scarves, carrying water  from community wells in large metal urns, and harvesting potatoes by hand into woven baskets… and chipping weeds with split calloused hands using splintered hoes; I am not in the least bit surprised to see this level of pollution and waste here. 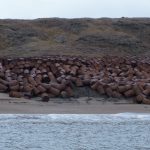 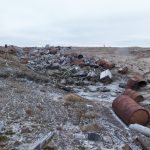 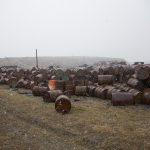 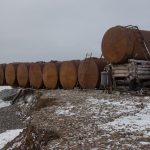 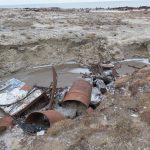 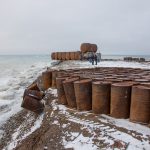 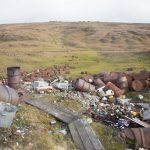 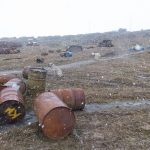 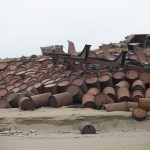 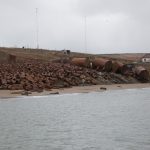 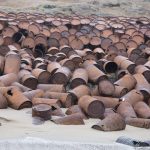 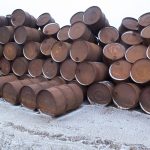 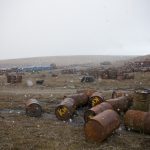 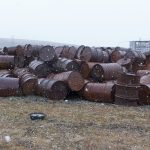 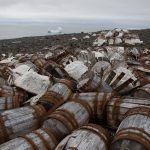