Steep slopes… boulders… falling rocks… winding roads… dust… sheer drops….Oh my goodness what incredible scenery and such a fabulous drive over the past couple of days.

Traversing the mountains toward the east along this route in the Trongsa valley region has to the best of my knowledge never been done before in a Rally … and it was just spectacular and quite remarkable. I have two short videos which I will upload when we get to a city in a couple of weeks. I can’t upload photos at the moment either so a description is it for today.

Max said yesterday’s drive from  Gangtey to Trongsa was the BEST drive he has ever done – and he has spent a LOT of days driving around the world. More on that in a minute – but first from Punakha to Gangtey.

It seems from my observation that Bhutan has two very important industries; Electricity from Hydro; and Tourism. The electricity is sold to India with some sort of agreement that the Indians work on all the roads. A road-workers life is an extreme one. I just can’t imagine spending my life under a blue tarpaulin held up by sticks; walls from woven leaves; lying on the ground with a thin mattress; collecting water from a gully somewhere on the mountain; gathering sticks to light a fire for meals and to keep warm; and chewing dust working on the roads all day. It is an existence I just can’t fathom, and am so grateful for whatever force created me to be born in Brisbane; and I do hope that somehow those who have such incredibly difficult living conditions, have a more comfortable existence at some point.

Constructing the new dams in this valley east of Gangtey is an enormous undertaking, with the rock being unstable so the foundation phase already has taken 6 years; with who knows how many more years to complete. The river is re-routed past where the dam walls are being constructed and dust billows behind truck after truck, as the rock is ferried from where it is blasted and removed to where it is required for fill. Huge steel penstock pipes, the ones to feed they hydro station lined the road beside contoured rice fields, grazing cattle, and scarecrows which were like fishing rods swaying with a recent catch of silver plates and empty beer bottles.

Then there is the electricity generated from the harnessing of the rushing monsoon water; and we saw men laying the wire cables by hand to the huge alien like metal structures . They cut through the dense high altitude rainforest on incredibly steep slopes; then uncoil the big drums of cable and lay it along the road; then pull it by hand through where they had cut the forest. Such a juxtaposition of a modern necessity accomplished by such hard manual labour.

We traversed our way along steep slopes and as we gained altitude the vegetation changed behind the veil of soft white fog. Monkeys screeched in the dense high altitude rainforest. Waterfalls speckled the slopes… and Dr John spied a waterhole at the bottom of a beautiful waterfall .It was perfect for a swim, so I asked if all the boys would go back to their cars whilst I enjoyed the cold water on my skin.. which had been covered most of the journey with cotton clothing of various national dress – as protection from mosquitoes. It felt so lovely to be free and have a skinny dip in this beautiful clear water-hole in the highlands of Bhutan.

Prayer flags intermittently reminded me of the important nature of prayer, ritual and Buddhism in Bhutan. Faded prayers still graced the high passes where stupas marked significant events or people; or created soft lines of colour strung across waterways and gullies.

It was time for us to pray for Penny… because her alternator was having some issues.  We were a little unsure whether a charge of our battery would be sufficient… so a replacement was put in beside our existing one; but since there wasn’t any charge into it from the alternator it wasn’t a really viable solution …. because there wasn’t quite enough battery power for the fuel pump – which was an issue when we wanted to climb uphill again yesterday.

When Max put his foot on the accelerator after having driven for a couple of hours and now needing to climb…. Penny coughed and spluttered gasping for fuel. We needed a new alternator.

That was on Max’s mind yesterday as we drove along the BEST mountain road Max has ever driven along. In 7 hours there wasn’t more than about  300mts of straight road. It was curve after curve with drops of at times a thousand feet to the next surface. It was breathtaking!!! And at times a little gasping – as I looked over the edge to the left along the narrow fragile road.

We came to a standstill and could see in the distance an excavator ahead with dust billowing from the scree of rocks and dirt. The arm reached out and pulled swathes of rubble which had fallen in a landslide, and paused momentarily whilst about ten Indian men scurried past in the rising dust to the other side of the working excavator. Workplace health and safety isn’t heard of here!  I have a video of this which I will post when I have more range.

It was our turn to move across this unstable narrow surface… and OMG! I couldn’t believe we were doing this. I can’t even adequately describe it… nor pictures nor video will even come close to being able to convey the feeling of OMFG!!!

Whilst traversing this part of the road. Looking down I felt my legs go to jelly and my heart was pounding. There was one policeman and 3 other men waving us quickly past the 1km stretch of road-slip; as monkeys climbed the crumbly slope spraying small rocks tumbling down… but that wasn’t what they were concerned about… it was the HUGE boulders which seemed to be just suspended above us on the powdery slope, waiting for something to dislodge them.

It was the FIRST time people weren’t looking at Penny. They were looking at the boulders and hoping the huge rocks didn’t start moving and take us with them down the thousand metre plummet to the river below.

One more section to go… and that was crazy once again. Soft, wet muddy sections … narrow…. winding…. and sheer drops – a thousand feet without even a bounce before the bottom. It was exhilarating yet a little scary… and the BEST feeling looking at this spectacular scenery at the same time.

Our day’s drive had finished and Max was reflecting on his attempts to procure a new alternator. The night before, emails were frantically sent between Max and Lawrence who were both trying to organize shipping one to Guhawati…. But that wasn’t possible due to custom delays.

We parked last night after our fabulous drive and the Angels were on our side.  Paddy, a rally participant produced a box with Alternator on it! How lucky are we!!!.. and Charlie the rally mechanic offered to install it last night, so he and Max and Richard spent a couple of hours fitting it so once again Penny is her strong, robust, sexy self and on her way for more adventures tomorrow! 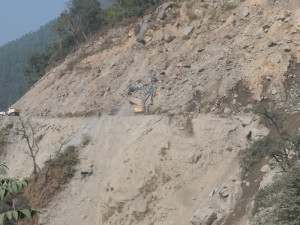 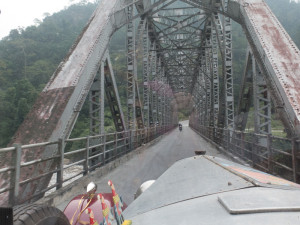 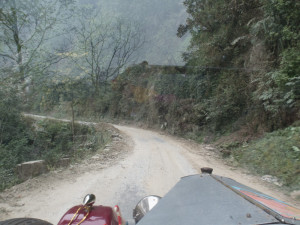 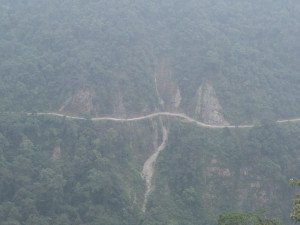 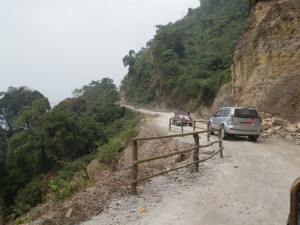 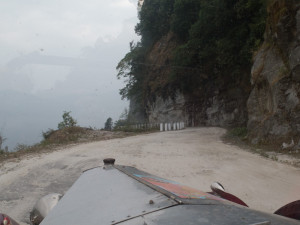 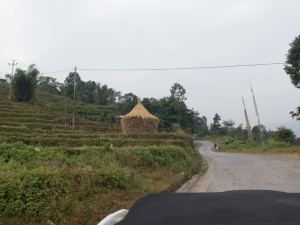 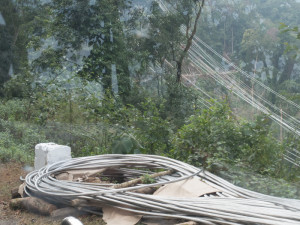 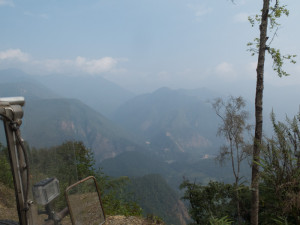 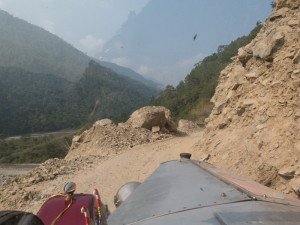 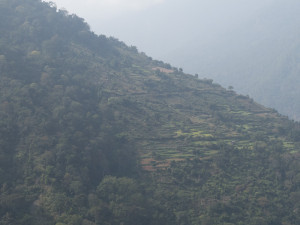 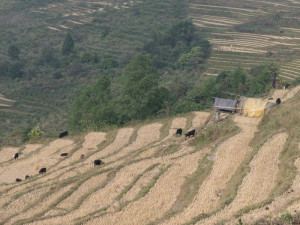 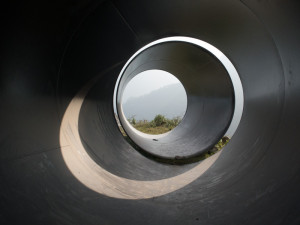 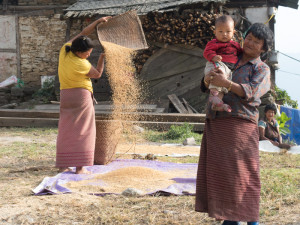