…more adventures just around the corner…..

Thank you to those who have dropped a quick note to say hi and check in because you haven’t heard from me in a while. It has been a pretty full on 6 weeks since we arrived home from Europe; preparing Penny for our next adventure – and the last week been flattened by the effects of a vaccination, which apart from the first three days of the week spent sleeping, the past three I’ve stayed in my bed-office and caught up on reading, and my facebook chats (which I had decided since returning from Europe in the time I was spending on facebook I would instead learn Spanish …. but more on that in a minute. hehee)

We are off to Morocco… on a car rally through the Atlas Mountains to be precise, with side detours back to Portugal, through Spain, and back through France where we will meet up with James. This is a Vintage Car Touring rally – not so hard core, so as navigator I hope to have an opportunity to see more than just my map this time. I look forward to having more time to photograph on this rally, and I’m very excited about driving through the Atlas mountains, which I recall learning about at school. For those interested, here is the link to the rally we are participating in. Via Flaminia Morocco rally

..so.. Penny arrived from South America from her last adventure – Penny In South America and we had only 4 weeks to prepare her. Since James was in France, I contributed to helping Max, and have added to my credentials – ‘grease monkey’. I’m not too sure whether that term is politically correct, but I’m saying it about myself … and I was greasy, and did hop up and down and under..so I think it’s fine :-).

We started by taking the wheels off and then progressed to replace wheel hubs; new gears in the gear box; new wiring for the electrics and a general pull apart and put back together. We have even installed a little fridge… so we can store our daily collection of cheese!! glorious cheese!!! Not a single bolt or washer or part was left over once she was re-assembled! That was reassuring! 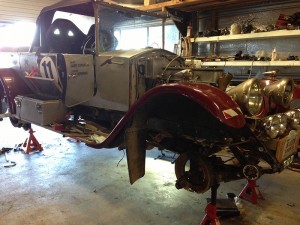 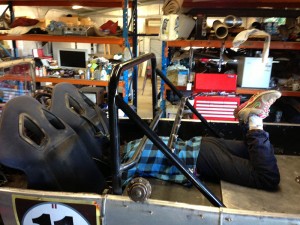 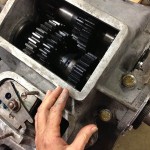 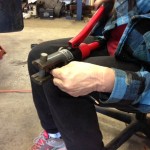 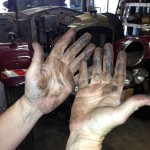 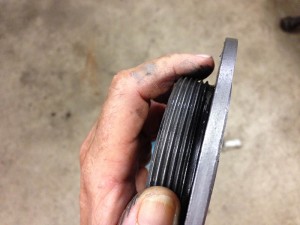 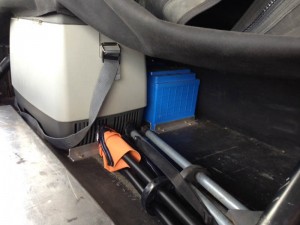 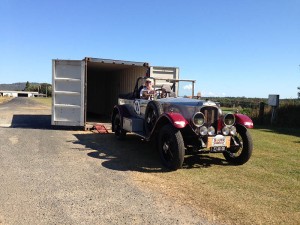 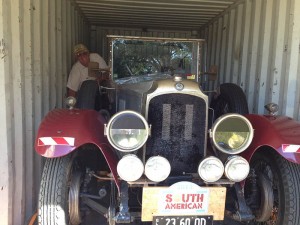 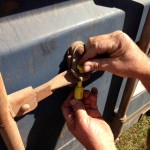 ..and now Penny is safely locked in her container and on her way on a container ship to England where we collect her on October 20th to embark on our next exciting adventure for 6 weeks. I will keep you updated as we travel depending on internet availability and you can travel in the back seat of Penny vicariously through my posts! :-)…..

… and then on to Antarctica in February 2014… where hopefully my newfound Spanish skills will enable me to communicate a little for a few weeks in Chile. Exciting times ahead!!! Until next post…..