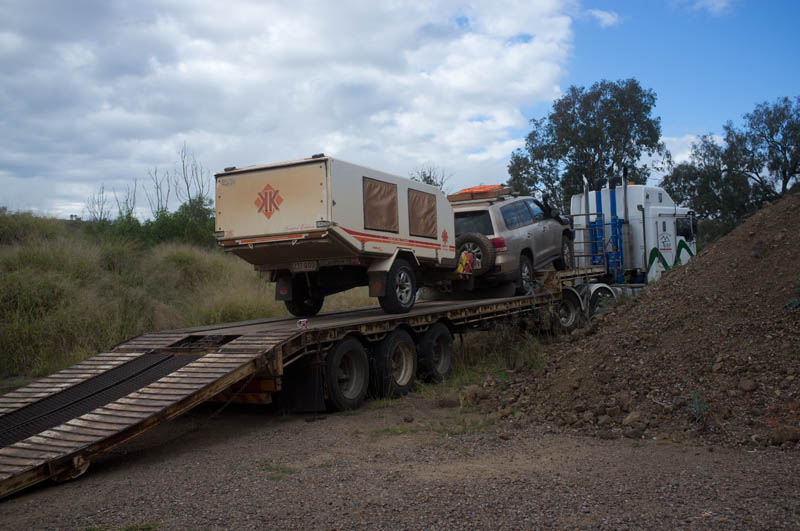 Well…. I had been putting in some long days driving to beat the rain system coming from the west and to get home to attend to a few things so we decided to drive well into the night to get home; and I decided rather than to let my pride to have driven the whole 15,000km compromise our safety, it was best to have Max drive the last few hours.

I heard this soft squeal, skid, screetch sort of sound and I asked Max whether he heard or could feel something wrong with the tyres. He said no, and that they were fine. I kept saying that we needed to check them because I had this sense that something was wrong with the wheel behind me. I think he reluctantly stopped because we have this “you-beaut” new tyre pressure alarm thing – and no beeps were going off.

Well… we both got out of the car and all I could see were flames coming from the rear back wheel. OMG…. Max was trying to get the fire extinguisher out and I just grabbed the water bottles from the back seat and I managed to flood the flames and put the fire out.

The brake calipers disintegrated and ripped off the brake fluid line which caught alight.

There we were; parked in the dark, on the side of a windey, hilly road with a double no-passing line and no shoulder to drive off on to. I had a quick prayer that something would present itself so we could get out of this potentially dangerous location.

Well… :-)… within 2 minutes, out of the darkness behind 2 white headlights, a white ute came up to us and a man wearing a large Akubra hat asked us “Are you right mate?”. He said without leaving his car..”Follow me mate…” and he backed and led us limping about 300mts and turned into this road construction pit. “You’ll be safe here for the night”. I shook his strong gnarly hand as he smiled generously…and the next thing we saw were 2 red tail lights as he left.

How supported were we!!!!? The Universe definitely sent an Angel in that night, 🙂 because we would have had no idea that there was a gravel pit further up the road.

We then used the satellite phone and fortunately we actually own a semi-trailer with a float and we were only a couple of hours from home..so Pete came and rescued us first thing in the morning. …. and as you see – a rather undignified – yet safe end to our wonderful 15,000 km adventure to Karijini in Western Australia.

I will post over the coming weeks some galleries and photographs from our trip which I could not post on the way due to internet limitations. I’m off now to unpack and readjust to living in an actual house! 🙂 – with a shower!!!! LOL