Pilot whales in Tonga… an exhilarating experience and so much fun!! 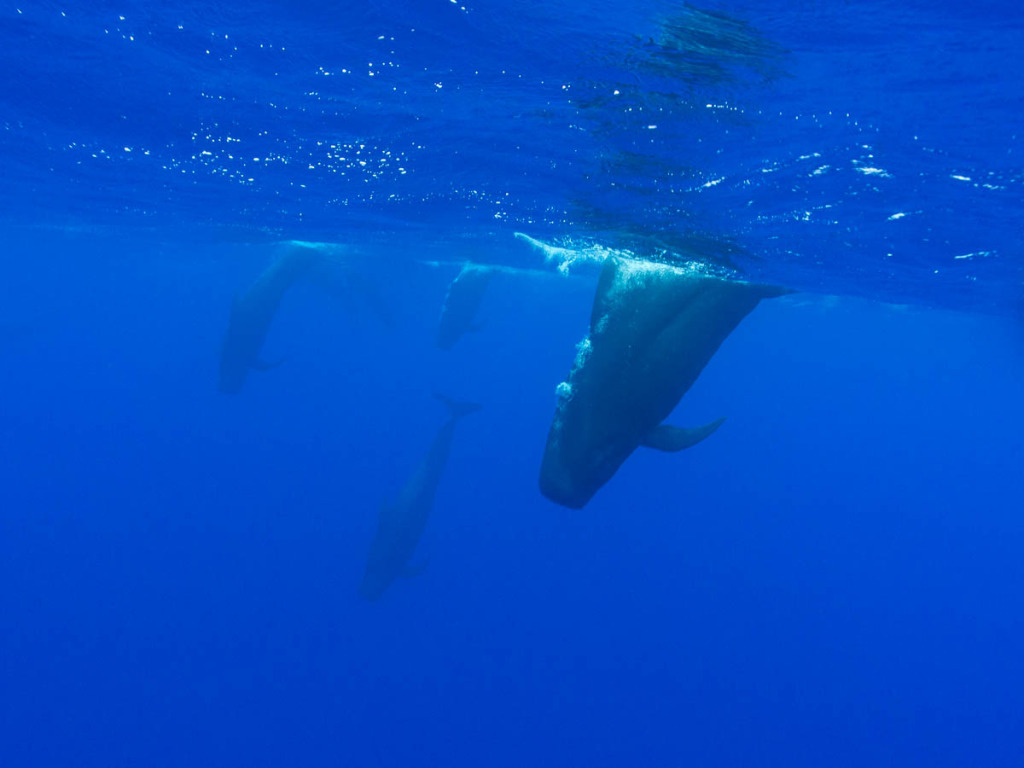 In the rough water on a very windy day we spotted the misty spray of the blowing of air from a surfacing Humpback whale, and as we approached slowly the boat slowly turned 90 degrees to where we were aiming for. Ali – our skipper had a grin from ear to ear. He pointed with his arm and said laughing ..”PILOT WHALES”… “And a very large pod of them.

Because Pilot whales are toothed whales and didn’t have the same characheristics and nature of humbbacks – we were all allowed to go into the water at once. The pilot whales have a very clear direction and they swim FAST!!!. So the plan was to anticipate the approximate direction they were headed…drop in front of them and wait. Darren said they were different and that it was ok if we saw one we could swim toward it, because it would swim away quickly anyway because usually they are on the move. Our little fins from us two footers was a very unlikely match for a fast toothed pilot whale.

So in the very rough water..adrenaline pumping and on Ali’s command – “In the water guys”… I slid in… not knowing what to expect. I waited for a minute or so and then all of a sudden out of the blue came an armada of pilot whales. I didn’t know where to look…. there were about 30-50 of them. I remembered Darrens words about just picking one…so I did.

OMG… I saw one and just gently finned toward it’s path and it just slowed down ..looked at me… we had a bit of an interaction and just looked at each otehr in the eye, and I felt it say to me  – “great seeing you …Well..time for me to be out of here” (Yes more anthropomorphism again- LOL) … and in a couple of minutes it was all over.

The boat came and picked us up and we repeated this about half a dozen times and was absolutely the most fun and exhilarating swim!!!

…not to mention the large Bronze whaler shark Darren and I saw at the back of the boat as the last swimmer entered the boat! We kept that to each other by non verbal glances between us until the end of the day. 🙂

Another fantastic day. It was the experience rather than the photography which was the most memorable for me, but here are some pics of the pilot whales so you can have some idea of the shape of them. The males were HUGE though and their dorsal fins were strong and solid. Unfortunately I could not capture this on my camera… but hey… the experience is in my cells for ever and was just amazing!!! 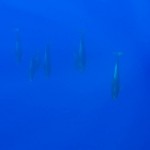 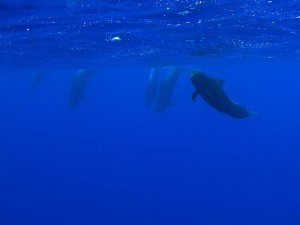 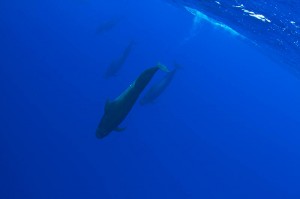 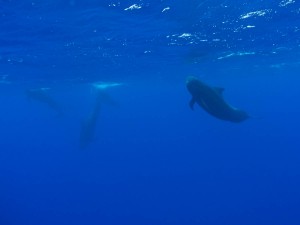 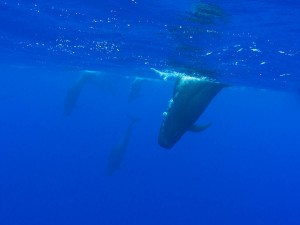 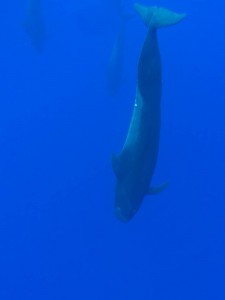