I do have quite a lot to catch up on over the past three days  and you can also pop to my gallery pages on the links below so you can visually travel with me through Myanmar.

Buddhism is practiced here in Myanmar, and I’m finding it rather different than in Bhutan. In Bhutan the rainbow LED lights sparkled on the outside of the shops and hotels. Here in Myanmar, inside the temples the rainbow LED lights radiate from the Buddha’s head. Although taking off shoes and socks is customary in Temples, Pagodas, and Stupa’s here in Myanmar; the reverence code isn’t quite the same ..with many people talking on mobile phones; we are permitted to take photographs; talking loudly is common; and there just isn’t the same evidence of respect and quiet here that I experienced in temples in Bhutan.

We visited a temple with 500,000 small statues of Buddha which lined the walls and ceilings. The regimented patterns that these hundreds of thousands of Buddha’s made was quite beautiful.

Driving south every now and then we could see the head and torso of the largest Buddha in Myanmar; the Lay Kyun Sakkya Standing Buddha. It was HUGE. Completed in 2008, inside there are 31 floors representing the 31 planes of existence and the murals on the walls are used as an educational tool for the people to understand Buddhism. The climb up each internal flight of stairs of the 31 levels is symbolic of the elevation required to reach a state of Nirvana. I managed to walk back down and continue on this earthly journey… No Nirvana yet…so I have a lot more Soul work and good deeds to do!

Our destination was Bagan, a city of about 2,000 remaining temples of the estimated 10,000 at one stage. There is some controversy about the exact history of how the Pagan society morphed into a Buddhist one – as a result of what was considered the likely consequence of Mogul invasions from China; and Bagan now resurrected by the Government as a tourist destination.

The temples here in Bagan were primarily constructed between the 9th and 12th century AD; and their restoration has not been without controversy; with international condemnation for the way in which the murals were covered in whitewash and the inauthentic reconstruction methods of the decaying structures.

The construction of some of these temples is remarkable; using bricks without mortar – and with such precision I find it hard to imagine. I was mesmerized by the archways and lines of bricks which made the foundation for the patchwork of remaining paintings and murals, to still reveal themselves even after 900 years since they housed their first prayers.

Gold gleams from domes and tops of temples in the morning and evening light, and gold-leaf is used a lot here to embellish the spiritual buildings… as an accompaniment to the rainbow LED lights!

The quietness and rawness of two temples that had not been restored, was soothing as I walked along the dark stone corridor inside the perimeter of the temples. Sadly I cannot remember the name of these two temples; but I will remember the feeling of calm and serenity as I walked in bare feet along the cool stone floor. An iPhone was the only light used to illuminate the fading tales and guideposts to Nirvana…but there was a visceral feeling that the stories were still alive on the stone and brick walls.

The afternoon light warmed the bricks and we viewed the temples at sunset from a temple with a flat roof from which we enjoyed the warm breeze and the fading day. I found myself just taking in the space of the soft light and enjoying the quiet; away from the other buses of tourists perched atop more renowned structures. It was refreshing to be away from blaring loudspeakers of CD recordings of chanting which went 24hours a day here; market stalls for tourists; and of course those horrid rainbow LED lights.

My alarm went off at 4.30am so that we could see the temples in the morning light…. From a balloon.!!! Yes a hot-air balloon!!! I had never been up in a hot-air balloon before and it was absolutely magical.

Fire spat from huge burners and the red silicone coated nylon came to life and lifted us gently into the morning light…not without some bulbous argy-bargy from other balloons also emerging from their flattened state wanting to find some freedom in the open morning light.

Twelve of us stood in a large partitioned wicker basket as we slowly drifted south through over the remains of structures built to honour thoughts and beliefs, nearly a millennia ago.

The noise from the burners was quite loud and a couple of times my immersion in the silence was arrested by the fiery blasts…and then as we were levitated gently higher, my view of the landscape became more like a story book – an enchanted realm of fantasy… of balloons and mythology…of stories and stone…  of a time long past…yet uncertainty of the future; because a balloon has no steering and is at the mercy of the wind.

By viewing the city from above, I now had an understanding of how many temples, stupa’s and pagodas were there.  It was just remarkable. I imagined what it would be like living during this time. I’m certain there would not be a golf course between each temple back then!

Pop to my gallery of Balloon images … to see the magical and fantasy like quality of our morning over Bagan.

Penny is going well with the only issues being some water in the fuel and some minor tweaks in the tuning of the fuel mix so she doesn’t backfire as we decelerate entering a town….so she is ready to go onward toward Taungoo, which is south of Inlay lake where we are now. Yesterday’s boat journey across the lake will have to be left for my next post… so stay tuned. 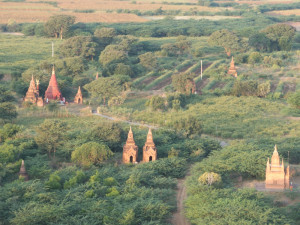 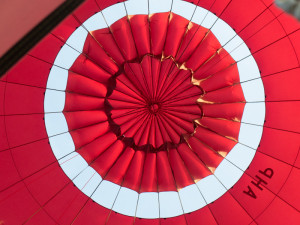 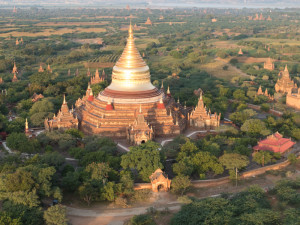 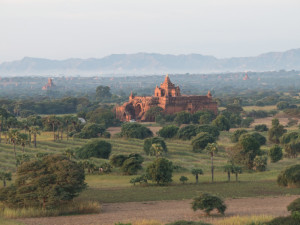 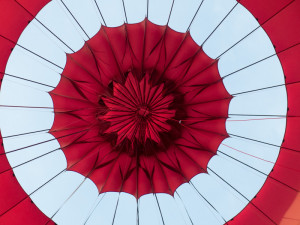 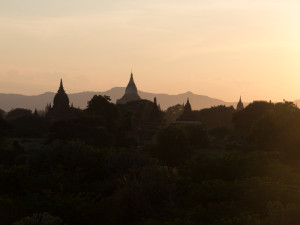 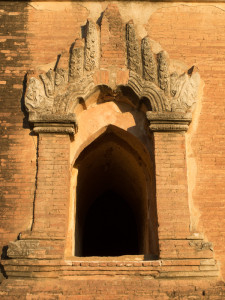 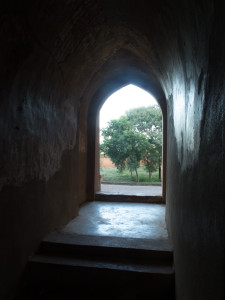 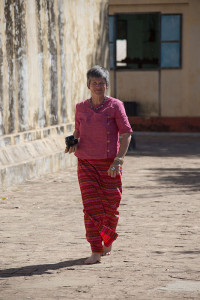 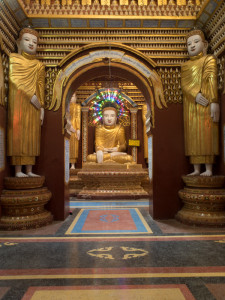 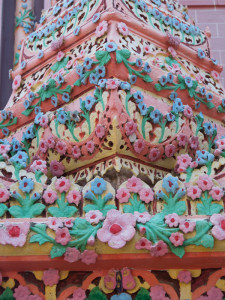 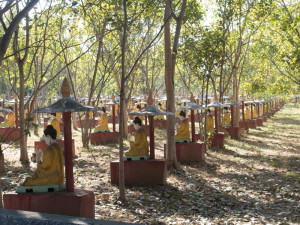 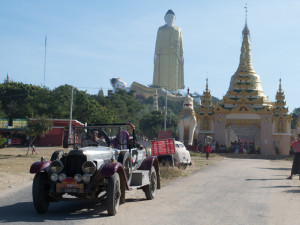