This wasn’t in my Rocket Spanish Online course…..

I haven’t got up to the lesson yet where the bar staff at a Hostal says that she can’t show me or give me a room because she is the only one serving at the bar and cannot leave it to take me to a room. …so onward to another Hostal where the reception staff could speak absolutely NO ENglish whatsoever – which I was VERY excited about because I really wanted to utilise my rudimentary Spanish, which I did to settle us snugly into a room for the night …BUT… I also haven’t got to the lesson yet where I learn to recognise the sentences which mean that we can’t have our car unlocked from the locked garage until “I come to the front desk in la mañana…” We were packed ready to go and the lovely lady stumbled out around 8.30am – I don’t think she was a morning person….because we were the only guests in the motel and I think she would rather be sleeping, but graciously gave us the key to the locked garage so we could see Penny and prepare our morning cuppa on her running board..before tackling the very wet day ahead.

Fortunately in the town we stayed there was the BEST Panaderia and dos (two) warm, freshly baked pan filled a soft brown paper bag and we filled with queso which has become our staple breakfast – and today was had in a bus stop on the side of the road in a break in the rain.

Low stone walls terraced the sides of the steep hillsides of Pobra de Trives, which is renowned for it’s structures built in the second century AD and more currently its cured meats and unique pastries. Many of the curved lines traversing the hills are now being reclaimed by the natural vegetation..covering the sweat and dreams of farmers over the centuries. there are however a small number of farms where grapes are grown and a speckling of apples and citrus form pockets close to the stone dwellings which have provided shelter for generations of people inhabiting this asperous mountain landscape.

The rain became heavy today and thank goodness wool is warm when it is wet, because my gloves; pants and woollen thermals became absolutely saturated in the rain. Remember – no windows on Penny…so the water has a tendency to dribble in rather prolifically, especially when the going is slow around the tight mountain bends of this beautiful mountainous area of North- Western Spain.

Once again I felt the sense of history and time; with huge arches of stone…bridges spanning vast chasms. It became evident that this landscape was accustomed to cool and wet weather, as the soft green and grey lichen blanketed both rocks and trunks … and started to reclaim dwellings built so long ago. I sensed that although for millennia man has endeavoured to sustain himself from the land and create structures within it… Nature’s power still has the upper hand in the reclamation of that land in which we inhabit.

As the rain became heavier we passed through a grey structure reminiscent of a border crossing on the movies…which it WAS… it was the old border crossing between Portugal and Spain.. but not sure when it was not used any more… then we were in Portugal!!!

So..no more Spanish.. well a little bit…and now time to start using my iPhone app for Portuguese! It is still raining and the forecast is for it to continue for a few more days.. so on with the woollen’s again tomorrow.

Below are some happy snaps from today’s drive…more tomorrow as we head South to Evora. 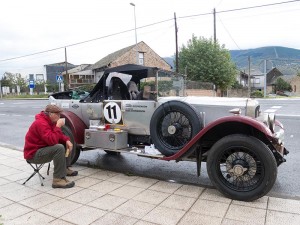 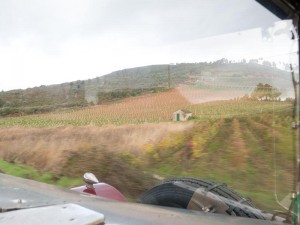 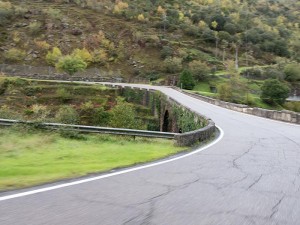 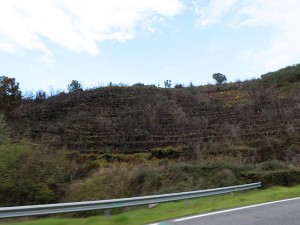 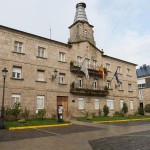 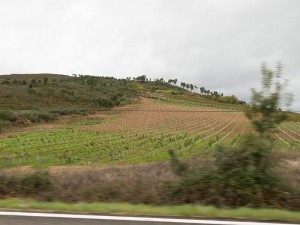 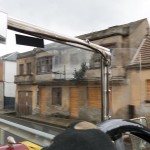 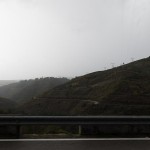 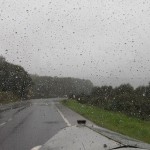 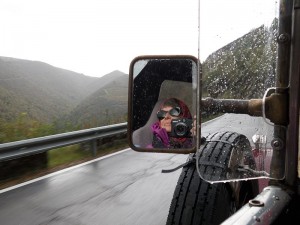 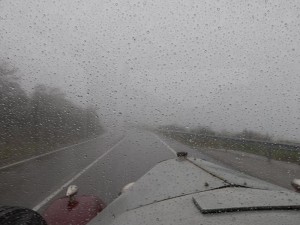 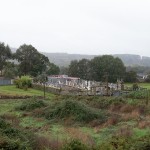 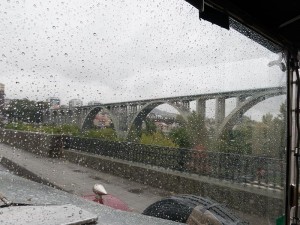 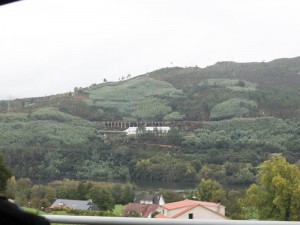 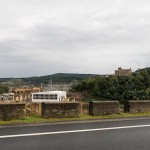 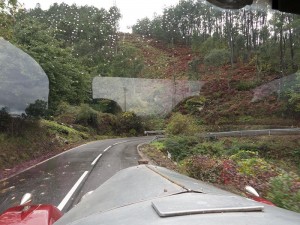 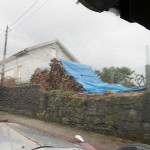