From narrow streets to open highways… Stone castles and cranes..

We had to cover some k’s yesterday from Evora to Algeciras where the square, grey, rough granite cobblestones led to castles; and ashfelt and white lines led to cranes spearing out from near the ocean on the very south-east corner of Spain.

The plump green rolling hills were filled with ripening olives and gnarled cork trees, and on the tops of the mounds of green were nestled white, yellow and blue painted dwellings encasing stone fortresses and spires resonating prayers from centuries ago. The bells echoed the narrow streets as we narrowly navigated our way through with cheers of Hola and Bon venito and smiles and arms waving in the air with gusto!

In these towns where the women walk in the mornings with a bulging bag of groceries in each hand, the men congregate on stone bench seats in the sun or tucked out of the wind on grey days and talk endlessly about who knows what..and small sport stores, jewellery shops, designer clothes and even a neurologist practice …oh and even the carniceria where moulding legs of pigs hung above cold glass cabinets filled with ….yes you guessed it..queso – only revealed themselves when we were right in front, peering into the glass inquisitively. The streets were so narrow that signage was unnecessary because in these towns where tourists don’t often venture, are where the stores establish and grow and perish as do the locals themselves.

Cheers were soon replaced by semi-Trailer air horns as Penny zoomed at 100km along the highway toward the port where we are to board the fast ferry to Casablanca tomorrow.   Giant metal bulls stood  with hooves in ground which grows crops which have been grown since the Roman times. Evidence of modern times and energy requirements of consumer cultures stood imposingly in the landscape with slowly turning blades in the wind. The traffic became more chaotic and as arms gestured with gusto generous “thumbs-up” and cheers, the bulls which stood imposing in the landscape now stood more quietly as they became silhouetted on the skyline and giant arms of cranes led Penny toward the port of Algeciras ready for our boat ferry to Morrocco in Africa tomorrow. 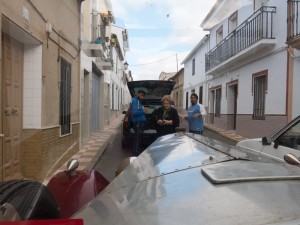 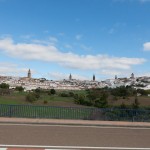 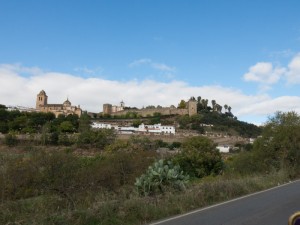 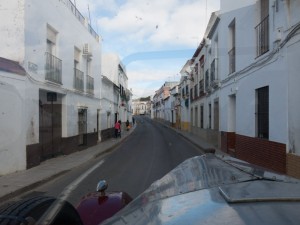 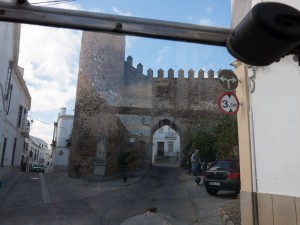 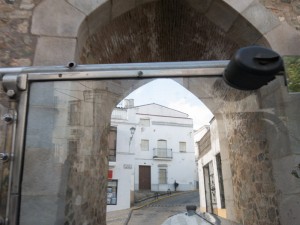 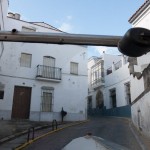 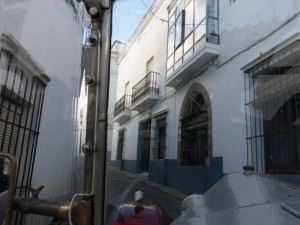 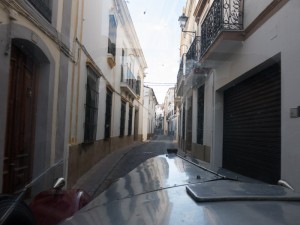 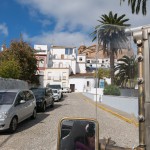 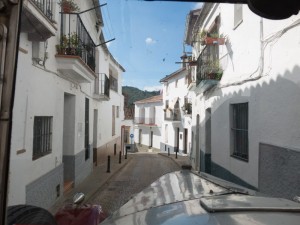 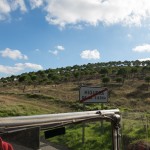 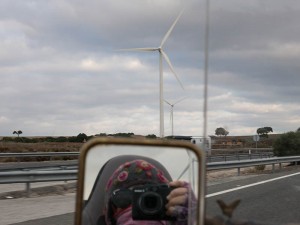 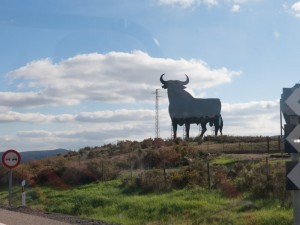 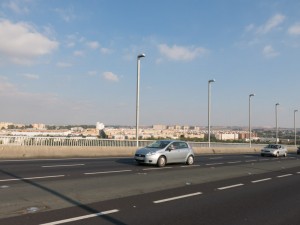 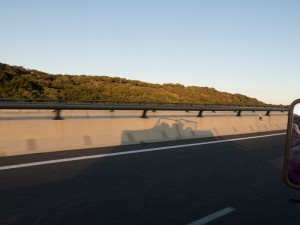 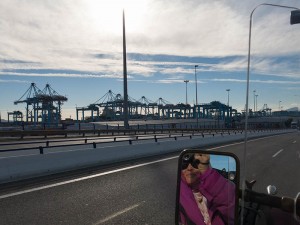 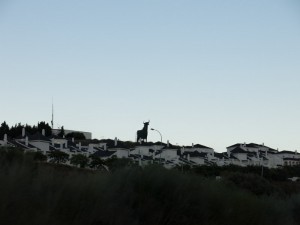