Wishing I could step across on to the white fluffy doona…. Above the clouds!!!

This morning was amazing!! After spending a night in a very ordinary motel which was undergoing renovations during the ‘quiet time’, Penny steadfastly carried us up through this spectacular landscape – climbing to 2000mts alongside the Zêzere Glaciar Valley where the slow moving block of ice gouged and rumbled a tract across the land; and now instead of a frozen mass, sheep graze and small plots of corn and brasscas clump beside cortes, or tradional farming dwellings. We were chugging up the Serra da Estrela, the highest mountain range in Portugal where there is the only ski resort and this mountain region is becoming highly renowned for its natural beauty and nature parks for hiking – in an endeavour to inject some tourism dollars into this flailing economy.

This landscape of craggy granite boulders and imposing peaks for me had an incredible sense of history and early habitation with remnants of rubbled buildings seeping into the land. I envisioned an existence which was simple and harsh. I learned that evidence of habitation has in the Neolothic Era 5,000BC has been found in this area, and today there is still evidence of simple, small family dwellings scattered across the hills.

Every couple of hundred meters in elevation the temperature dropped. The wind was so strong and cold….but the view was breathtaking. We rose above the clouds!!! I felt like I could walk out onto the padded doona of moisture as it extended beneath – out into the horizon.

Along the road was a stone carving…which you will see on one of the photos which is called the Senhora da Boa Estrela (Good Star Lady)..which today had fresh flowers at her feet wilting in the icy wind.

Max has always liked to perch himself out on the most extreme edge of an escarpment – but due to his recent health circumstances decided to take refuge from the wind to make our cuppa, and wanted to have a ‘safe’ feeling – but still close to the edge!. It is nice to see he hasn’t lost his sense of adventure; but still being a little more cautious!!!

I have some fabulous short video clips of near the summit of the mountain, and will upload them when I have better internet.

..so after a truly spectacular morning where I felt the strength of the granite and power of the wind; and sense of time and history… Penny carried us safely to our friends in Evora where we will be staying for a couple of days before heading to Spain to catch a ferry to Morocco. 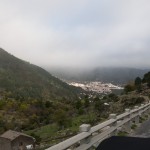 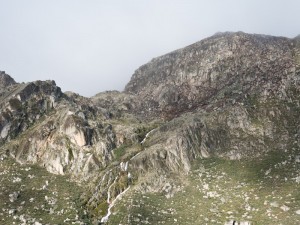 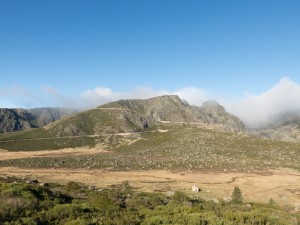 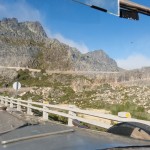 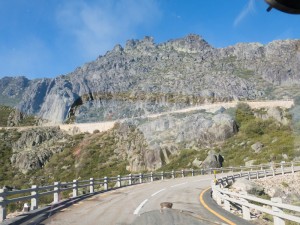 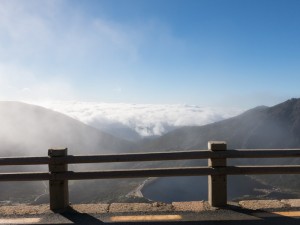 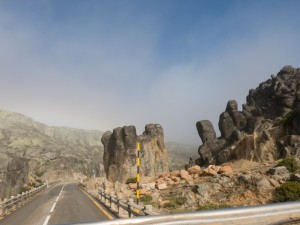 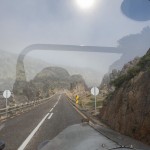 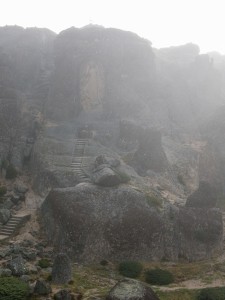 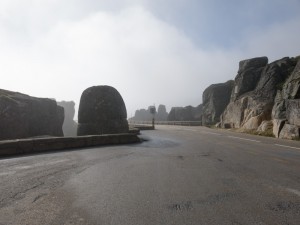 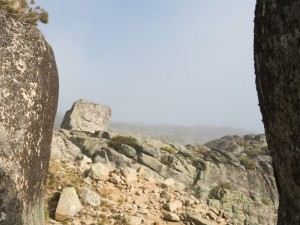 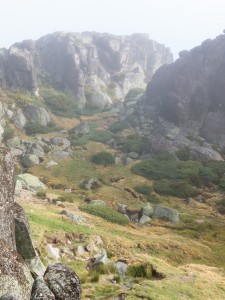 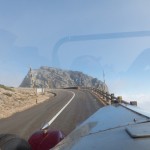 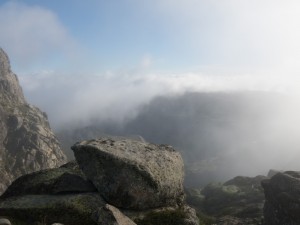 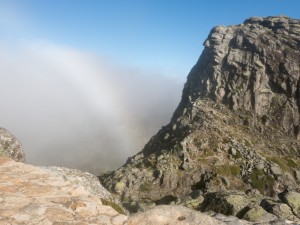 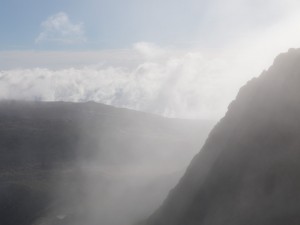 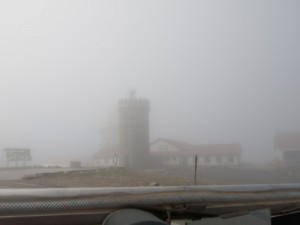 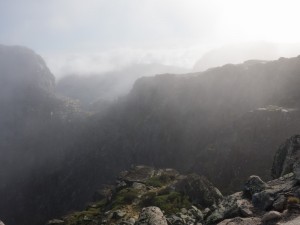 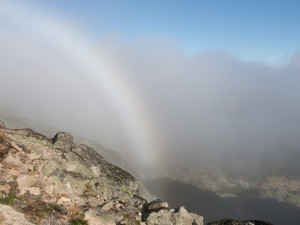 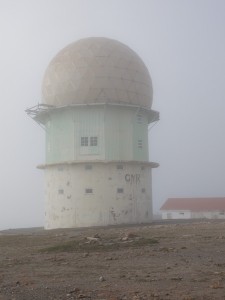 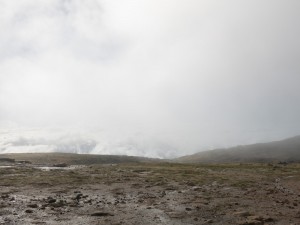 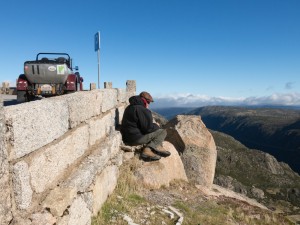