in To Morocco 2013, Uncategorized

“Bonjour madame…. Passporte s’il vous plait”…. Oh my goodness… we are on a boat in Spain going to Morocco and the officer was speaking French. I am so confused!!! “Marhabah” I said with confidence to the Customs officer at the Moroccoan Port of Tanger Med only to be greeted with “Bonjour madame.” I couldn’t work out what was going on here. French??? I knew in Morocco, French was spoken…but I didn’t realise it was the predominant language. So… I thought great, we didn’t drive through France, but I still get to practice my French heheee…, but I didn’t want to not speak some of the Arabic words I had been practicing and I wasn’t sure whether because we looked European, French was the chosen language of communication rather than Arabic – so at the next official station when I was returned my passport I replied Shukran ..and in reply a smile and some Arabic. Yeh! There is some Arabic spoken here … but that was to be very shortlived as I learned that here in Casablanca it is French which is the predominant language. I was even more confused when “Hola” was exuberantly said as I handed Euro to the toll booth attendant (because we hadn’t exchanged any money to Dirham yet). At this stage I didn’t have a clue what language to speak in… or try to speak in… and Max very practically said – “Just use English”. LOL. (but that isn’t anywhere near as much fun!!!!)

So…. After our intended half hour fast ferry was replaced by a 2 hour slow boat because it is “off season”.. and a delay in customs because we didn’t have the “Original Registration Papers” of a 1923 car !! LOL !! we drove out of the Police and security section of the port and on to the highway where max and I both looked at each other and said nearly simultaneously “We are in Morocco!!! Africa”. I had a wave of emotion and tears blurred the passing fields of potatoes and plastic greenhouses of citrus and bananas…and donkeys…and rubbish. Oh my goodness the rubbish.

Sole caretakers of small herds of cattle; flocks of sheep and goats – flanked the highways. People wandered across the highway running the gauntlet with the speeding traffic. Horns were honked and women sitting in the rear of the car with empty seats in the front, nodded their head and through a black rectangular opening, their eyes smiled at our sense of adventure.

Casablanca is insane!!! We were delayed 4 hours from our expected time of departure from the port and had 400kms to dive to Casablanca which put us now driving to our motel at peak hour in the dark. OMG!!! I don’t know why they wasted the paint on the road marking lanes. I couldn’t take any photos because I was too busy immersing myself in the noise and chaos of peak hour in the centre of Casablanca.

The highway was rather civilized…but THEN!!! OMG!!! Horns honking, and four lanes squeezed along the space for two and everyone just somehow knew how to negotiate this chaos and mayhem without scraping anyone else, but to put it bluntly “We had to have balls!”..and Max negotiated the traffic brilliantly. My role was to call the red lights while Max negotiated Penny with centimetres to spare in the front corners along the seething traffic. It was crazy !!!!

I have never seen such poverty. In a short stretch in the centre of Casablanca, beneath the sound of the horns honking and the stench of rubbish, smoke and sea air; lay people lined up and wrapped in dark fabric like corpses, waiting …waiting for the sun to come up perhaps. Rubbish was clumped in piles the size of cars…..pedestrians scrambled through the red and white lights which slowly crept to destinations unknown.

“From Australia” “Merci beaucoup” I replied to people excited to see Penny amongst the sea of vehicles. Yes… Fists in the air and cheers of salutation were given to us even as we crept slowly and boldly through the insanity of early evening in Casablanca. “Can you see the motel honey??”…. and in the dark we really didn’t have a clue where we were going…and suddenly darting across the road two very black men started herding us across four lanes into an alleyway. OMG… “do we follow?” “Was it like in Fiji where they take you to their uncles souvenir shop before the requested destination??”…  Penny lurched left across four lanes before the next swarm of headights fast approaching; and into the dark void of a space there were four other vintage cars!!! Penny was tucked up. To this moment I have no idea how or for how long these two men were to be looking out for us, because there were four cars over 2 days meeting at this motel… and the instant we approached they leapt out to rescue us from the chaos!! ….So … “Bonjour Madame, Monsieur “at our motel in Casablanca …and French it is. 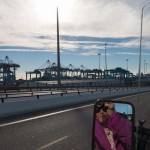 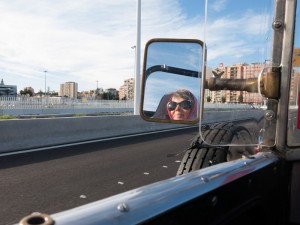 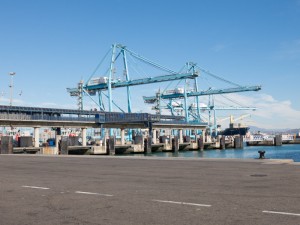 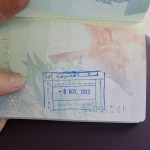 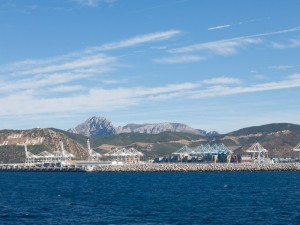 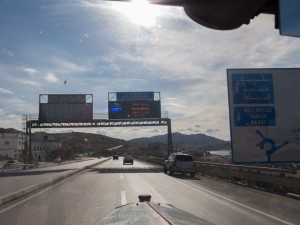 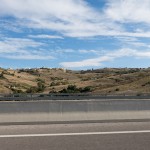 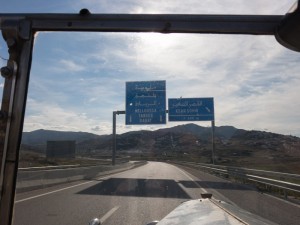 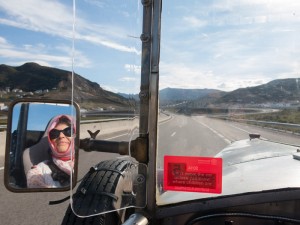 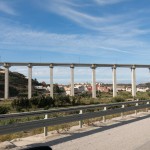 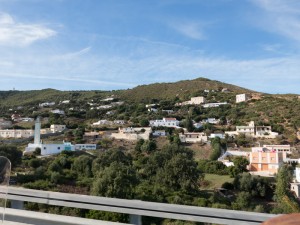 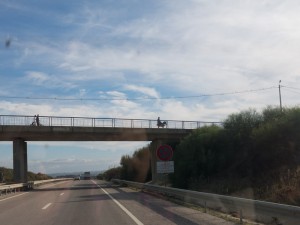 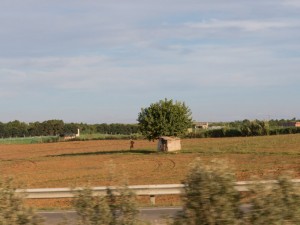 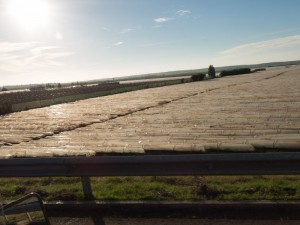