That horrible grinding sound underneath Penny…..

That horrible grinding sound underneath Penny…..

Everything started out well this morning with a lazy start whilst I attended to some emails and the boys went to look at a war cemetery. Our early start ended with another night driving in the dark to our hotel. Sorry Liz! Rule number two inadvertently broken again.

Our morning drive climbed even higher – to about 2000mts. The Hill Tribe area of Nagaland was very different to other parts of India I have been. Clothing was different – less colourful and with few saree’s being worn; the homes were built differently; language was different; facial features were different; and it was relatively litter free – with signs everywhere promoting clean and tidy villages. Something seemed to be working because there was very little rubbish strewn on the streets.

I was really appreciating the fresh cleaner air of the highland mountain area, but a consequence of the mountainous region in a country with monsoons is that the roads deteriorate with the large volume of trucks and are absolutely shocking. Evidence of landslides was evident as the side of a hill had slipped away home had been swept away with the rubble. Neatly stacked short lengths of round timber branches formed piles lining the streets, often obscuring the front of the homes. I think it gets very cold here in winter.. and the timber is used for cooking.

We had a Territory border checkpoint to cross into at Manipur where we were greeted by our Indian escort through the Manipur region. We were also greeted by lots of men with machine guns and fabric face-masks. It was a bit strange seeing men walking around with machine guns, but we were reassured that the civil unrest was fine at present. I asked our guide to explain the reason why there were so many men with ‘guns’ and he didn’t explain much.

So… after a relatively simple passport check and the completion of a document we were wished safe travels; and after the men with guns – we headed further south to Imphal.

I was enjoying waving and being greeted with such exuberance – Penny is such a novelty and the spontaneous joy which she brings is a real treat. Then it happened. That horrible; daunting; stomach sinking, crunching, grinding sound from underneath Penny. I said to Max that we had to stop quickly. We tried to avoid the town by coasting a little further; but we needed to stop immediately – yep…. Right in the middle of town.

Within a couple of minutes we were mobbed by inquisitive locals. Max popped underneath the car and I bent over and we both saw simultaneously the bolts on the drive shaft universal had sheared off. Oh!

I could see the concern in Max’s eyes as he stood at the back of the car fossicking in the spare part area for a little box of bolts he had hoped he had put in. The look of relief on his face when he held up the bolts in his hand was priceless – and reassuring that we would be able to continue.

My job this time – rather than being assistant mechanic – was on crowd control. The locals were polite, welcoming, inquisitive but a little too exuberant without a few ground rules. At times there were at least a hundred people around the car.

I asked politely that we have some space around the car and there was to be no touching of the car. I didn’t need to employ any ‘minders’ like I did in Morocco… and the large crowd watched for about 45 minutes whilst Max replaced the bolts.

I asked one little boy to come with me to collect some rocks for chocks on the wheels… and the adults could see that I was including the children and a form of respect for me was developed. As I handed tools which Max requested I told the children they could practice their English – to which they were very excited…. and we all giggled. When Penny was fixed it seemed like a triumphant moment … not just for Max who was pleased he had remembered to pack the bolts… but for the community who stood alongside for nearly an hour and watched us get Penny back on the road.

So…. We made it to Imphal in the dark; led by our guide who waited patiently as we traversed the chaos in the round-about, which felt like we were swimming against the swirl of a fish bait-ball…. But with a few big waves and gesturing to the other drivers of trucks and cars of the direction we needed to go – we managed to extricate ourselves out of the mayhem and follow him to our hotel.

Now Penny is secure in the underground car-park tonight and tomorrow she is off to Myanmar. We have a pretty full day with a border crossing and lots of k’s to do on uncertain roads… so leaving early for our next adventure! 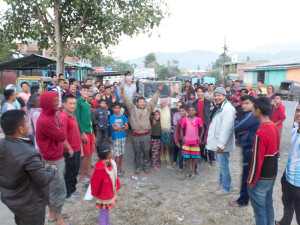 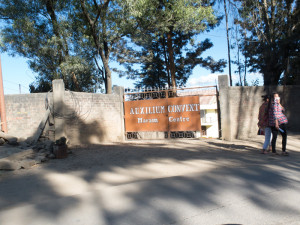 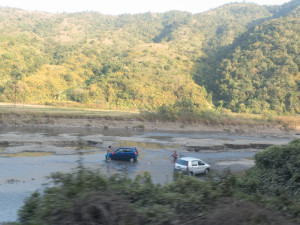 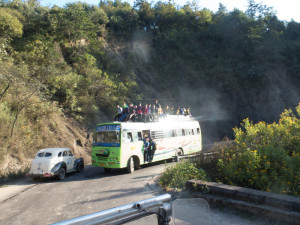 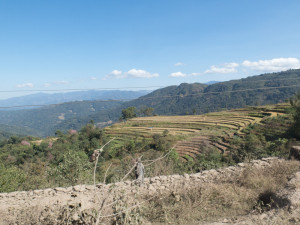 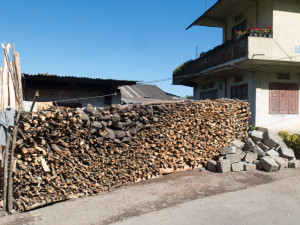 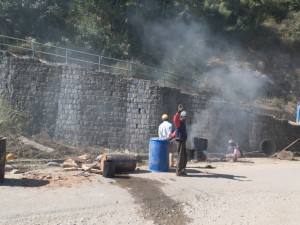 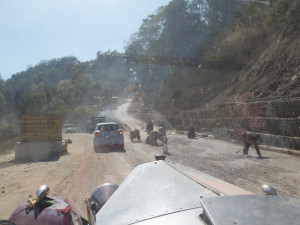 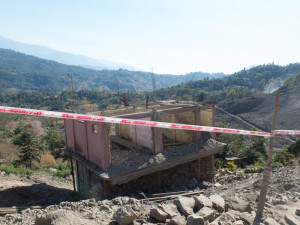 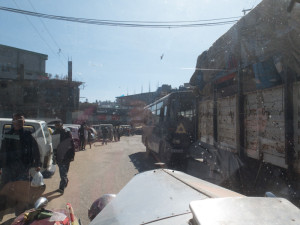 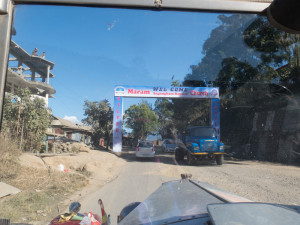 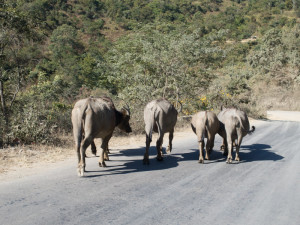