Ooops… “off piste”… when the ‘orange line became a 4WD track!

When did an ‘orange’ road on our map – which led off a four-lane highway become a 4wd track ??? …only in India…. And yes… we inadvertently went ‘off piste”.

The morning started out amazingly. I was quite overwhelmed with our most generous and loving send-off and farewell with well wishes from our rally companions at the Raddison Blue. Our exquisite hand made masks which were given to us as a memento from our amazing journey through Bhutan were carefully packed into Chris’ car and off to England to be posted to us at some time later… and although the mask given to me was the shape shifting Tiger… (My Chinese birth animal is a Tiger) there was no way I could shape-shift out of the road we ended up which was 90km shorter than the other route… but a few hours longer I think. More on that shortly…

We drove east toward Myanmar through fields of rice where the rice was harvested using a huge sharp knife and placed the cut grain in bundles upside down to look like mini Ti-pi’s patterning the fields. Small colourful mobile shrines supervised the harvest.

Soccer was being played amongst the cows and a cricket pitch was protected by gnarled sticks and blue crunched plastic sheets. Smoke billowed from the chimney stacks of the brickwork factories.

We watched a group using a thrashing machine instead of winnowing and thrashing by hand. We stopped and in no time the whole group came running towards Penny with inquisitive eyes. One beautiful woman who looked like she was still in her teens, happily had a young child of about three years old on her hip asked tentatively “From where you come?”. She seemed quite excited to be able to use her English from school. It became quickly apparent that we wouldn’t get any photos of the rice being thrashed, but that didn’t matter. We all had laughs and smiles because no-one could really understand what each other was saying… yet each was as inquisitive about each others lives which was lovely.

The four-lane highway was crazy! It seems that direction doesn’t matter and if we did what happens here we would be in jail. It is quite disconcerting to feel somewhat confident after leaving scrambling chaotic and dusty traffic and then open to a four-lane highway; to then see approaching cars, buses and trucks coming toward us on the left hand two lanes!!! That was heart stopping. We both realised then that we had to be vigilant for oncoming traffic even when it seemed that the two left lanes were supposed to be going the same direction. WRONG!! Ahhhh…. remember.. India!

Huge gold statues of Hunaman started to appear in towns as we drove further east and goods were overladen on trucks, vans, bicycles and heads. Hundreds of coconuts bulged from the sides of a small bicycle and honestly it defied physics remaining upright over the huge potholes in the road. A vibrant market spilled out on to the four-lane highway with stalls on the median strip. It seems that stopping on roads is an accepted driving practice as random “police checks” are defined by two staggered free-standing gates. Sometimes you have to stop for the police check; other times it is like a chicane traversing through them and more often than not the three or four lanes of traffic (on the two lane highway) merges into one lane going through this barricade. Yep… India 🙂

All was progressing well and I was surprised at the good quality of the road, so Frank and Ross chose a lovely, clean new establishment to have a morning cuppa break. The premises seemed so new that the plastic was still on the chairs. I smiled to myself. The black tea was already sweetened which was not what I was accustomed to. I’m appreciating more being able to have organic fresh milk at home.

We decided to meet in Lumding. That was funny. We continued into town over a rickety bridge and nearly ended up in a very big pickle. As we passed adolescent small, thin girls wearing while sari-type uniform using umbrellas for protection from the sun; the road closed in. We stopped and instantly the wall of men also closed in around us.

After a short discussion we managed to find our way back to a sealed road in the town and went back over the rickety wooden bridge …. through the teak forest where we saw elephant poo on the road… so we were on the look-out for elephants… AND potholes.

Oh my God!!! We could not believe that half an hour prior we were on a four-lane highway… now we were substantially ‘off piste’ on a 4WD track through farmland with intermittent and abandoned road construction. The road was ROUGH!. It was a beautiful drive away from the pollution but we asked some locals how long it would take to Kohima and were told 4-5 hours. LOL At 2pm that was NOT what we wanted to hear. Surely not 4-5 hours we thought.

It was pitch black at 4.45pm and Liz’s advice of “to always stay on the main road” and “always drive in daylight” echoed in my thoughts. Hmmmmm. Sorry Liz.

We dodged and swerved around the huge potholes on the roads for hours and in the dark it was even more hair raising! (And yes… my hair has substantially grown) It was insane climbing up the mountain to the Hill Tribe area of eastern India to Nagaland. I would have liked to have seen it in the daylight, but will not be on my list to return to because for now I’m just a bit over pollution and dust. I saw a sign which said “Ayurvedic Healing Centre” in the midst of the dust, pollution and noise.. and I just could not comprehend healing in this environment.

If driving in the dark on a winding mountain road with traffic and potholes and treacherous drains wasn’t challenging enough… it seemed like at 7pm someone let the trucks out of the compound. I could not believe it. Literally hundreds and hundreds of blinged-up trucks swerved and careered down the mountain- which we tried to avoid – successfully thank goodness!

We arrived to cheers from Frank and Ross who had just had enough time to have a cold drink. We never did meet at Lumding for lunch. 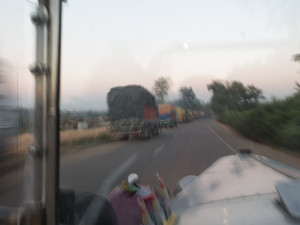 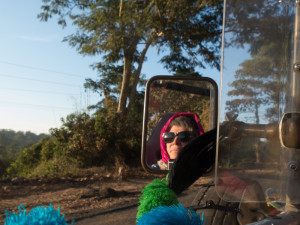 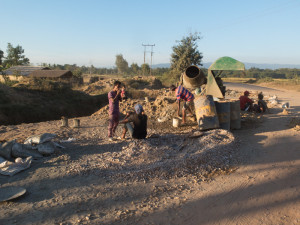 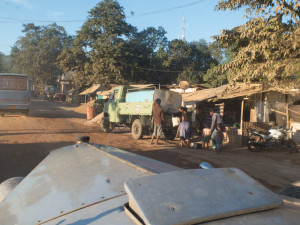 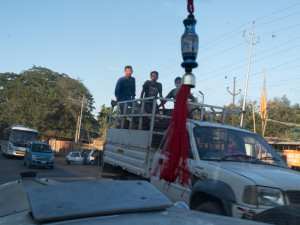 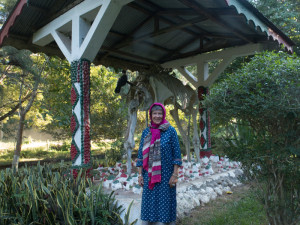 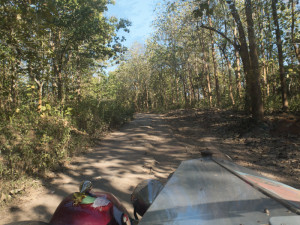 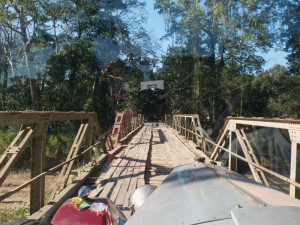 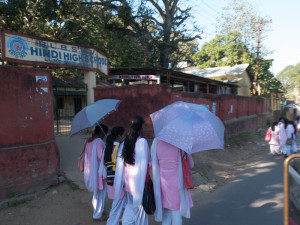 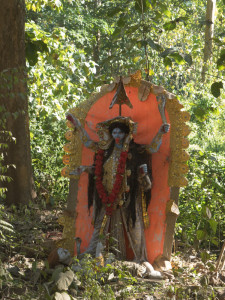 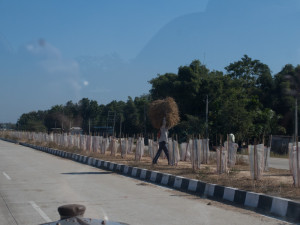 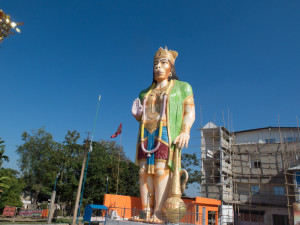 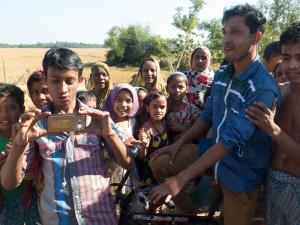 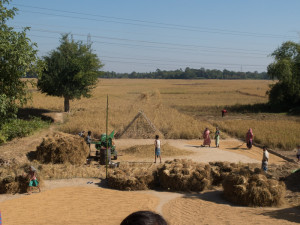 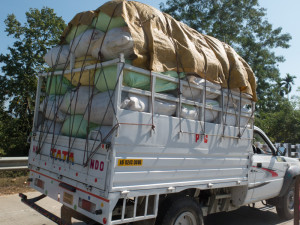 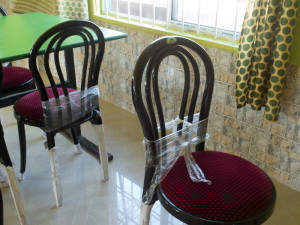 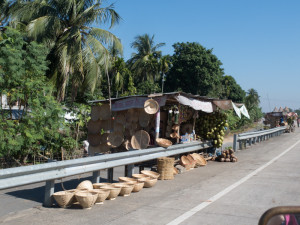 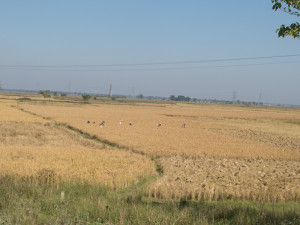 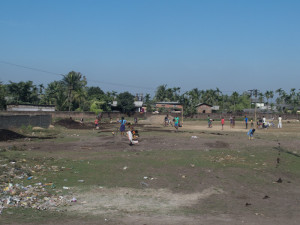 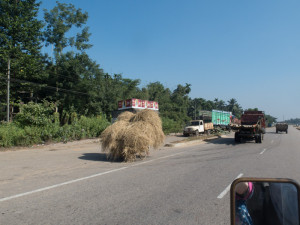 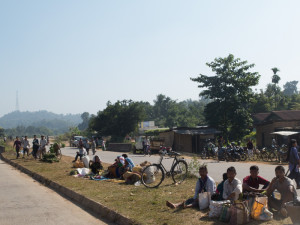 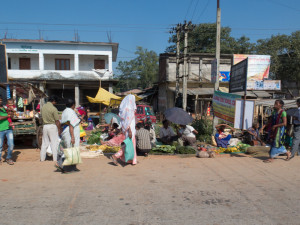 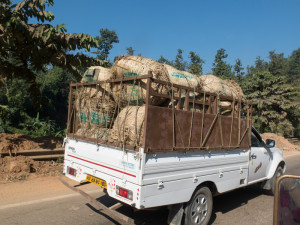