Yes again..the biggest computers in the world still cannot accurately predict the forces of nature – and that rain which went to the plains….in Spain…. returned – when the forecast was for today was to be clear !!! …AND we thought we would drive through the Serra da Estrela, the only ski resort in Portugal.

We left Peso da Regua after a rather sumptuous brekky of queijo; (that is – queso, fromage, cheese – in Portuguese); beautiful fresh local figs, local cured meats and locally made breads; and headed for the hills. Terraces traversed the brown earth as we left the small village and started our climb to 1400mts above sea level and passed wind turbines camouflaged in the mist. Locals who were continuing their daily routines were battling keeping their umbrellas from inverting to limp, spiky frames. As the rain became heavier,  streets became empty as people stayed inside their shuttered homes, isolated from the noise and light external to their walls.

We did ask each other about an hour into our drive whose crazy idea was this to plan a drive south through the mountains when it was pouring with rain! The apparently exhilarating view eluded us, as with the adrenaline which would normally accompany looking down along the sheer drop alongside the 40km of winding hairpin turned mountain roads – because we could barely see the road, let alone the view or precipitous cliffs. We laughed!

No more villages. No more people. No more inverting umbrellas. Just windswept misty rain and winding black, shiny roads. Penny was wonderful and crept carefully along under Max’s careful guidance as we passed along beautiful landscape softened by the blowing mist which muted the granite boulders and oranges and greens of the high country in autumn.

So… it was unpredictably wet again today, but we both had fun. Whilst travelling we are snug with our snow under and overgarments; gloves; woollen pants and tops.. and I have my beautiful hand knitted woollen scarf and hat. It was a shame we didn’t see the spectacular views for which this area is renowned…yet we can always return… (because we did pass through an amazing little very historic town; Gouveia in which I would love to spend a few days in next time. Hehee). 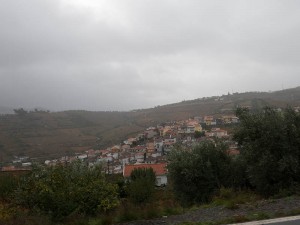 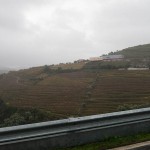 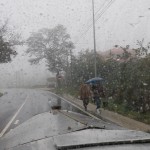 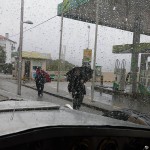 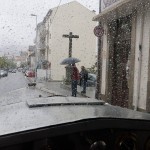 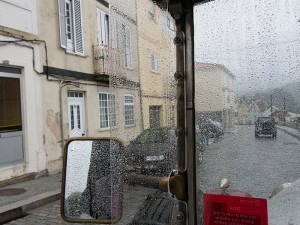 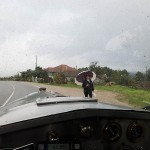 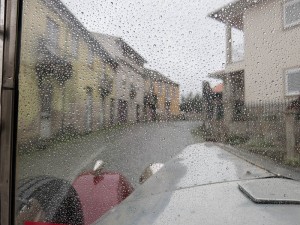 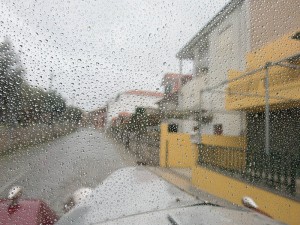 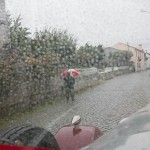 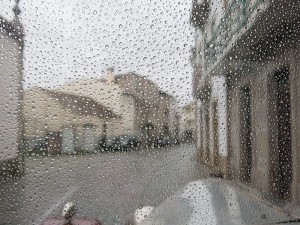 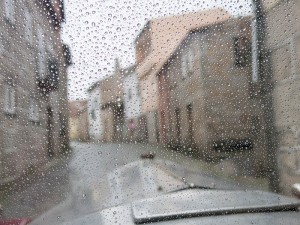 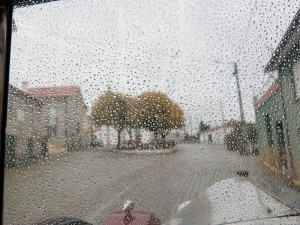 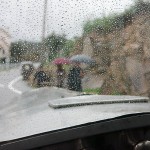 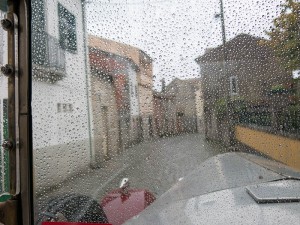 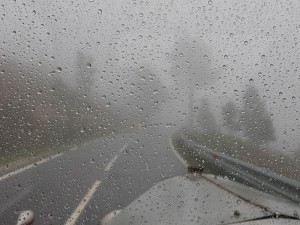 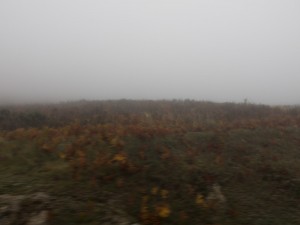 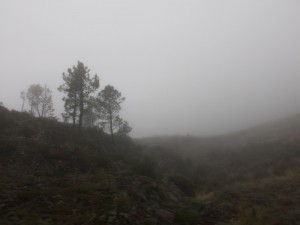 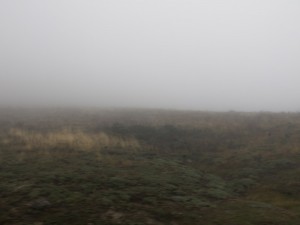 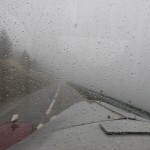 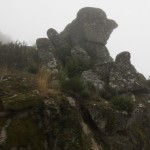 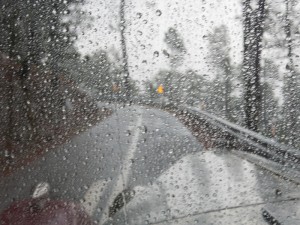