“A river seems a magic thing. A magic, moving, living part of the very earth itself.” ― Laura Gilpin

….On our way to Paris in Penny – and our journey has begun!

The Brisbane river brushed past the small clump of high rise buildings of the CBD, and as we flew over on our way to Singapore I thought about how beautiful the Brisbane River was, on it’s meandering route to Moreton Bay.

Water – like major arteries and finer capillaries spread through the earth beneath me as we flew to Beijing to commence the epic endurance car rally from Peking to Paris. The image out of the double glazed window at 34,000 feet belied the movement and life which flowed across the earth below. The muted flowing marks were deceptive in their stillness. Time seemed to be suspended. The rivers curves were feminine and dynamic. I felt such a sense of freedom watching the route taken by the water to the sea.

Rivers have been coined the ‘lifeblood’ of civilizations for millennia – for both economic and social reasons; and I saw saw cities which have grown from the ways of the water to the sea. Today I witnessed that and yet recognised far more. I also felt the magic of the river… in the same way that Laura Gilpin spoke about … “A river seems a magic thing. A magic, moving, living part of the very earth itself.””

I’ve looked at the route we are taking from Peking to Paris, and there aren’t that many rivers we will be seeing; so I think my observation of them en-route may be the ‘river’ element of my journey. I will just have to wait and see! 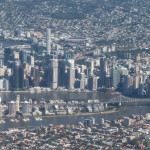 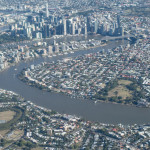 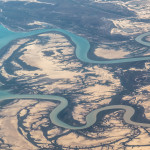 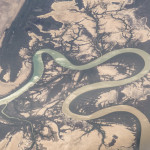 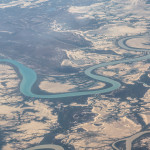 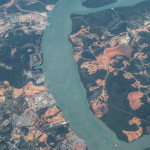 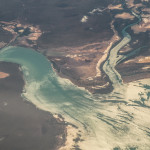 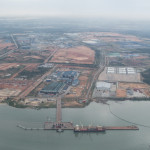