“Ohhhhhh….so you are going to Kolkata…. “

“Ohhhhhhhhh… so you are going to Kolkata…” said the steward at Thai Airlines in a tone which meant… “See how that works out for you. You will be so sorry you ever went THERE!”.

…well actually I’m not sorry. OMG.. our first days roaming the streets of Kolkata have been amazing. Yes. Incredible poverty. Pollution. Noise. People seething through the streets with rickshaws; motor bikes; push bikes.. and yellow taxi’s with horns blowing; bells ringing; voices calling out to anyone who would listen. A complete sensory overload.. but I am actually enjoying it. It is a fascinating place to wander.

First morning – off we went out of the compound behind the guarded gates into another world. Another Universe actually! We headed north along Bentinck St. through Lal Bazzar and Terita Bazzar to the edge of Bara Bazzar. We were informed later by the concierge that where we walked was in one of the ‘slums’ of Kolkata.

Once again like in Greenland I was faced with feeling voyeuristic – the whole fish-bowl thing….but unless I stay in the confines of Wamuran or Brisbane; that is going to happen everywhere I go that I don’t reside.

As I looked.. I was looked at too. It was a little weird. I looked beautiful with a long green cotton patterned Kurti and salwar; a marigold flower necklace which was given to me at 2am upon our arrival at The Grand hotel… a beautiful scarf…. short hair …. and smiles to those whose eyes were accepting. I was not harassed. I was not groped or leered at. “Allo” … “Allo.” .. I was met with gracious greetings by people whose lives were in such poverty I had difficulty comprehending. Prayer hands and smiles were our common connection.

Max was so much taller than any of the other men. It was like we were the freaks at the circus as we meandered the streets. We were both a curiosity. There were no other tourists. We were walking into another world.. a world where pollution; noise and poverty was just a ‘given’.. although sparse glimpses of other worlds blared into the confined spaces from small flat screens displaying wrestling or cricket to enthusiasts who huddled trying to procure a better view.

“Picture. Picture”.. and a mobile phone was gestured in front of me. I replied politely that I didn’t want to take his picture and I didn’t want to pay to take his picture. But I got it all wrong. This elderly man; white, long wispy beard… slim bony feet… white cotton loose clothing and gentle fingers; gestured that he wanted his friend to take a picture of HIM with ME. This was crazy I thought. I couldn’t work out what was so special about me that people kept looking…and smiling…and now a gentle old man wanted his photo taken with me on his mobile phone! I giggled inside. It was surreal. Perhaps it was because there were no other women or tourists walking these streets…and honestly I think I must have been such a curiosity to the locals of Kolkata.

The streets were lined with stalls; blow up mannequins fitted with clothing manufactured in sweatshops hidden in rooms behind the façade of the streets. Each street had a different ‘flavour’ of products. There were streets where only clothing was sold… fans… electronics… cameras…. motor parts… jewelry…. furniture… tools… tyres… kitchen goods…shoes…Oh my goodness – I think there are more pairs of shoes being displayed on racks and tables and on walls in Kolkata – than grains of sand in the earth!!!

Bundles of goods lifted by wiry muscles and with shaky legs struggling under the load; perched precariously on heads. These levitated and meandered throughout the swathes of masses. Trucks and rickshaws wobbled and swayed in the humid smoggy air.

Crossing the intersections amongst the blazing and barping horns and erratic vehicles was an art we quickly learned. It was easy to see why fish like to be in the middle of a bait-ball! Far less likely to come to grief being on the inside of the mass – which is were we most often tried to be. … until I had my “Kolkata L plates” off; and started to surprise Max with my bravery and run the gauntlet through the chaotic traffic.

As the road narrowed the poverty became more extreme; I was determined not to focus on that… which is why I didn’t want to photograph it. I wanted to try to focus on the things which showed human resilience, courage, and tenacity to keep surviving. We found ourselves walking through a fresh fruit and vegetable market. Oranges; mandarins were stacked in pyramids with precision. Papaya in paper boats. Limes in bowls. The bright pink round pomegranates formed angular towers. Shredded newspaper lined the single-laned paths and what seemed like chaos was probably quite in order. Auctions were being held over apples form America. The sound became noise when the voices merged with the horns from the traffic encapsulating the perimeter. Cucumbers; onions; potatoes; eggplants; tomatoes; bunches of green mint, coriander, herbs – all fresh and plump and actually in better condition and freshness that is often at my local Woolies supermarket.

Smoke from small fires under woks and ceramic cooking ovens hung in the humid air. Dough expanded and sizzled when dropped into boiling oil….and scooped into flat baskets awaiting hungry hands. We watched Max’s lunch be cooked – a large flat bread with 2 scrambled eggs then cooked on to one side. We thought that would be safe… everything was going well until the man decided to use his hands and garnish it with chopped onion before rolling it into some newspaper. Max and I thought that perhaps the 5 second rule could be applied since it was boiling hot from the plate… and we quickly unrolled it and tipped the onion out.. and hoped Max’s tummy would be fine. The 5-second rule worked! No tummy problems!

I’m enjoying my stay in Kolkata. ..yes… I can come and have a shower in a 5 star hotel… but I am a visitor; a voyeur in this city.. and I’m enjoying every moment. Plans for Mother Teresa’s …. Fish market…. Indian Museum… Flower market…. All next post. 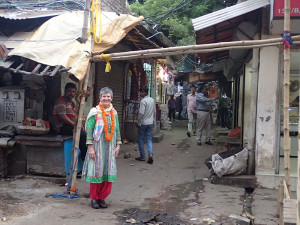 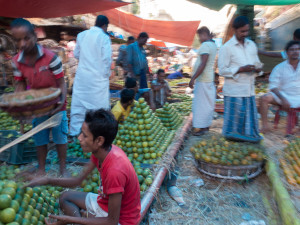 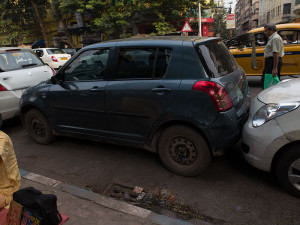 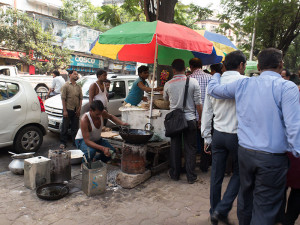 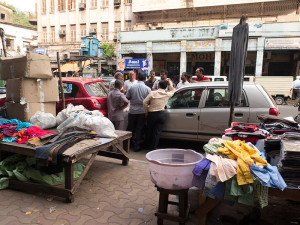 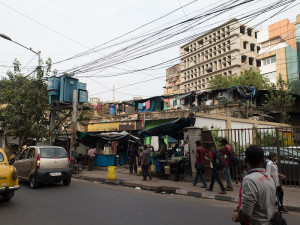 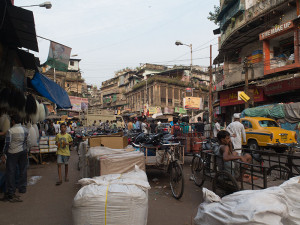 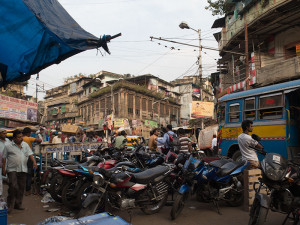 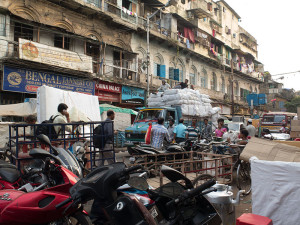 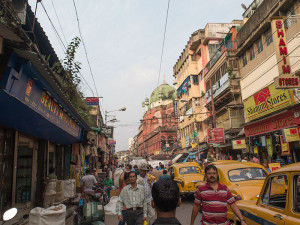 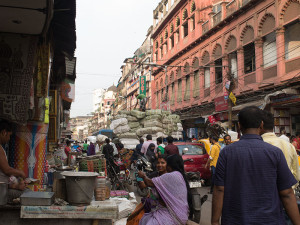 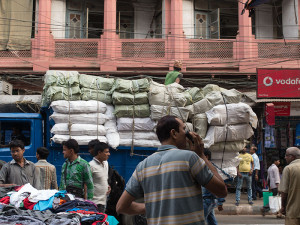 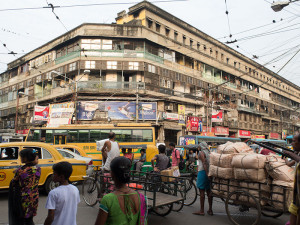 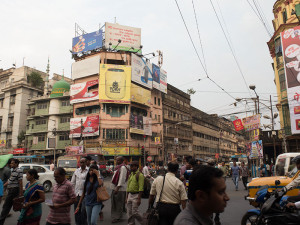 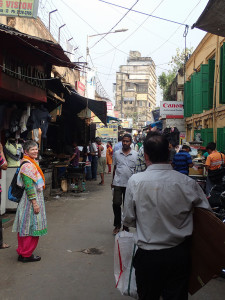 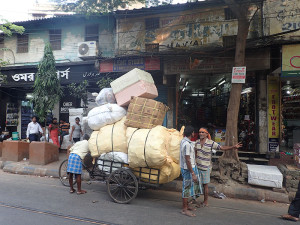